States are stepping up for the environment, and it's working. California is proof. 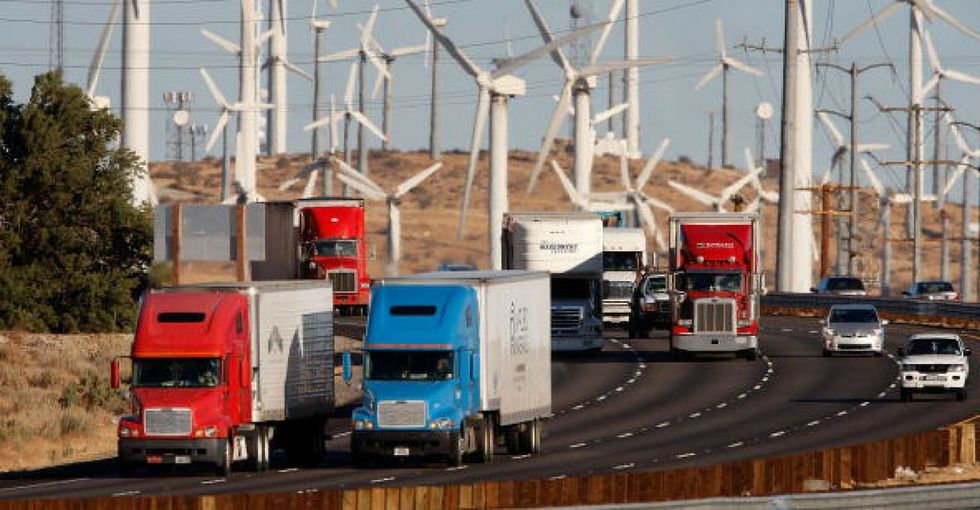 While the federal government sweep climate change under the rug, California leads the way.

The environment has taken a beating in our country the past two years, as the Trump administration has rolled back environmental protections and made clear that the U.S. will withdraw from the first international agreement to curb climate change.

But that doesn't mean nothing is being done. California announced that it has reached its greenhouse emissions reduction goals far ahead of schedule, surpassing the target planned for 2020 in the summer of 2018 — even as the state's economy has grown. These current levels of emissions haven't been seen since 1990.

With by far the largest and most diverse economy in the U.S., California is a testing ground in many ways. This success offers hope for what can be done when the government makes a commitment to positive change.

The emissions goal was set by a Republican governor and pushed along by a Democrat. Yay, bipartisan collaboration!

The 2020 goal was set by Republican Gov. Arnold Schwarzenegger in 2006, while current Gov. Jerry Brown has taken broad steps to make sure it was met.

“Surpassing our 2020 emissions goal ahead of schedule while our economy grows by a nation-leading 4.9% and our unemployment rate is at a historic low should send a message to politicians all over the country," Schwarzenegger said in a statement. "You don't have to reinvent the wheel — just copy us. Business will boom and lives will be saved."

States and other nonfederal entities are stepping up to fill the shoes the federal government has kicked aside.

According to Andrew Light, a senior fellow at the World Resources Institute and former state department climate negotiator, about 2,000 U.S. nonfederal entities (i.e., states, cities, and businesses) have indicated they intend to meet our pledge in the Paris Agreement with or without the government's help. That's encouraging.

In fact, three states — California, Washington, and New York — formed the U.S. Climate Alliance immediately after Trump made his withdrawal statement. Now 13 other states and Puerto Rico have joined the alliance, which, according to its website, is "a bipartisan coalition of governors committed to reducing greenhouse gas emissions consistent with the goals of the Paris Agreement."

This is what we need more of: bipartisan acknowledgement of our collective responsibility to protect our planet, and willing cooperation in taking action.

Kudos to California and other states for leading the way.

On February 19, 2020, a group of outdoor adventurists took a 25-day rafting trip down the Colorado River through the Grand Canyon. During the trip, they had no cell service and no contact with the outside world. When they ended they ended their journey on March 14, the man who pulled them ashore asked if they had been in touch with anyone else. When the rafters said no, the man sighed, then launched into an explanation of how the globe had been gripped by the coronavirus pandemic and everything had come to a screeching halt.

The rafters listened with bewilderment as they were told about toilet paper shortages and the NBA season being canceled and everyone being asked to stay at home. One of the river guides, who had done these kinds of off-grid excursions multiple times, said that they'd often joke about coming back to a completely different world—it had just never actually happened before.

The rafters' story was shared in the New York Times last spring, but they're not the only ones to have had such an experience.

This woman almost dropped out of school due to poverty. Now she's helping others stay in school.