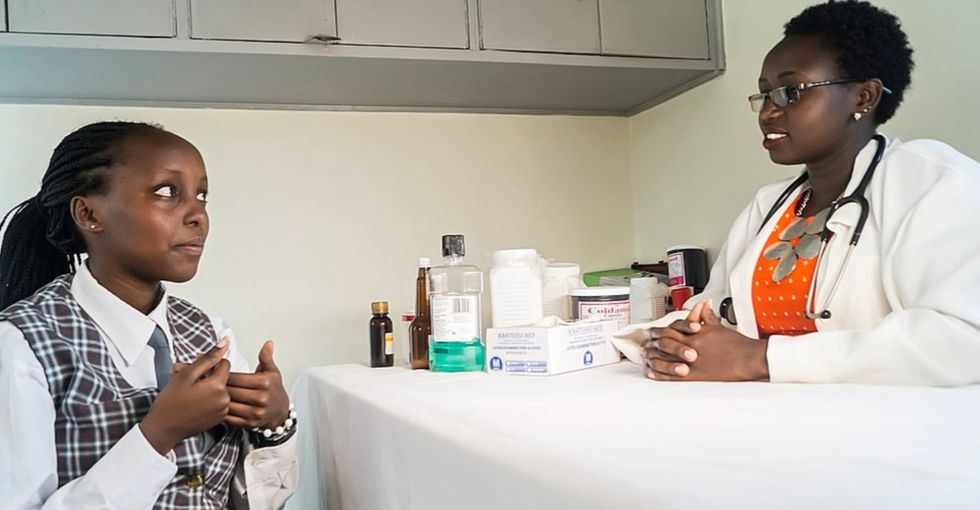 In Philadelphia, PA, nurses used to have the right to keep an unvaccinated child out of school — until now.

Lincoln High School nurse Peg Devine explained to the Philadelphia Inquirer that, in her experience, exclusion — preventing a child from attending school until they are up to date on required vaccinations — “proved powerful.” In her 26 years on the job she kept only 15 students out of school and none of them ended up missing more than two days before proving immunization.

However, now her right to intervene has been taken away by the school district, which she finds especially concerning due to the local outbreak of mumps (so far, over 100 Temple University students have contracted the disease) and the measles outbreak in New York — less than two hours from Philadelphia.

An ongoing outbreak of mumps at Temple University in Philadelphia has prompted more than 2,000 students to receive… https://t.co/A1UtinWLhq
— ABC News (@ABC News) 1553892833

“It’s very dangerous that you’ve got kids who are not immunized, and you have medically fragile kids,” Devine said. “It’s unprecedented.”

About 10% of children in the Philadelphia school district remain unvaccinated.

The Philadelphia Inquirer interviewed several nurses from within the school district who all believe it should be their discretionary right to exclude students who were not properly vaccinated.

Colleen Quinn, the nurse at the High School for Creative and Performing Arts, points out that two students at her school are receiving chemotherapy, and there are others whose immune systems are compromised, including young teachers who are pregnant. Of the 750 students at the school 42 are either unvaccinated or partially vaccinated. She has attempted to educate parents but often gets the “runaround.”

“If you were a parent, and you had a child in the school setting who was recovering from cancer, or recently had an organ transplant — and these are not hypothetical cases, most of us have had these cases — would you want your children in a building with students who were not immunized?” said Strawberry Mansion High School nurse Judith Cocking, who claims she has 28 non-compliant students.

The school district now says nurses can only exclude unvaccinated children on a case-by-case basis, meaning it’s no longer up to the nurses’ discretion.

Karyn Lynch, chief of student support services for the district explained that the recent shift was an attempt to standardize procedures “so that across the city, everyone is following the same process. To inequitably implement across the district would be inappropriate."

She explains that if an unvaccinated student is thought to have come into contact with someone who has an infectious disease, they will deal with it accordingly, but excluding all kids who are unvaccinated could have repercussions.

Parents in the district are less than pleased by this development. In fact, many are shocked and outraged that so many unvaccinated children are walking the halls of their children’s schools.

“I must say I was unaware and completely shocked that [vaccination] was not a compulsory requirement in the Philadelphia School District,” says Neha Ghaisas, whose son, Advik, attends Kindergarten at General George A. McCall School. “I feel that the school district should have the right to keep students away until all the vaccine requirements are fulfilled.”

Shiya Furstenau, whose son Jackson will be entering Kindergarten in the fall at William M. Meredith School, dubs the policy “unreasonable.” “I wouldn’t take my kids to a doctor’s office if they allowed patients that weren’t up to date on their vaccines,” she says. “It puts everyone at risk, especially those who are immunocompromised and our babies who haven’t been able to get vaccinated yet.”

Nicola Espie, who has one child at Chester Arthur School and another entering in the fall, points out that the mumps outbreak at Temple University, as well as the measles outbreak in New York, is proof that “we aren’t talking about a remote hypothetical.”

“People have the right to make medical decisions for their children, of course, but that right should not extend to affecting the public health and putting vulnerable populations at risk and the school district must do its part to protect our children,” she adds.

For Valentyna Abraimova, whose son attends Meredith and whose daughter will enter in the fall, the situation isn’t so black and white.

She explains that vaccinating her children wasn’t “an easy decision,” but because of the crowded classrooms in the public school system as well as the recent outbreaks, she sees the importance of it and hopes “most parents will too.”

She says that getting a nudge from the school nurse, as well as facing the threat of exclusion, is effective. Her son, Gabby, was missing his second dose of MMR. The nurse hinted that he might be suspended, and he got the shot two days later. “It might work for other families, who maybe just missed a couple of appointments or, like myself, are hesitant about vaccines and need an extra push.”

However, another mother of a child whose daughter attends McCall who wishes to remain anonymous agrees with the school district’s stance: she doesn’t believe that unvaccinated children are putting those who are vaccinated at risk. “For a school of 800, there are roughly 80 who aren’t properly vaccinated, and there is a good chance they wouldn’t come into contact with one another,” she says. She also points out that the vaccinations these students haven’t gotten could be “low-risk viruses, such as the chicken pox or the flu.”

For mom Miranda Hall, the issue isn’t about vaccination itself. “The government should never be given the power to dictate someone’s medical condition as a norm. The occasional extreme, maybe, but that should be determined case-by-case. Choosing alternative immune support methods is not an extreme situation.”

As a parent myself whose child will be entering the Philadelphia school district in the fall, I firmly believe school nurses should be able to exclude students who aren’t vaccinated.

When I was attending school, nurses had the right to send home a child for any reason pertaining to health, because they were considered the school’s medical expert. Nurses, not administrators, go to school to learn about medicine, and we rely on them to take care of our children’s health needs. Why should district officials, with limited to no medical background, get to override that?

If school nurses aren’t given the opportunity to use their medical background and trained judgement to make that call on their own — especially in situations when there is an outbreak going on — the health of our children will be compromised. And if that practice becomes more widely adopted, the health of everyone in this country will be impacted, especially now that we’re dealing with more and more serious outbreaks.