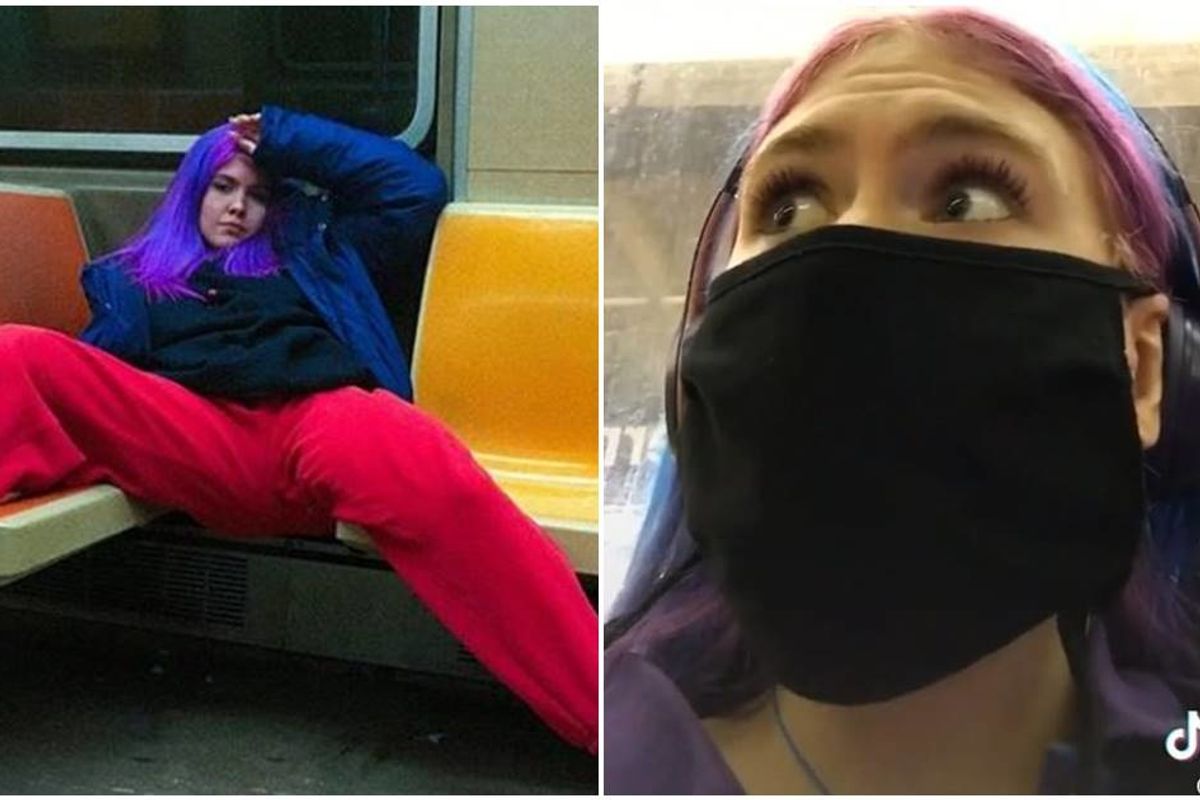 This type of harassment can put women in physical danger but it also leads them to take alternative forms of transportation that are more expensive, resulting in an annual "pink tax" that average $1,200 more than what a man pays for the same services.

A video posted by "Caitlin," an art student from New York City, showed the power of standing up to those who harass women on public transportation and she hopes that it will inspire others to do the same.

Caitlin saw a man harassing a woman, grabbing his genitals, saying he "didn't really care that she had a boyfriend" and explicitly talking about how he was going to have sex with her.

"I started looking around to see who else was on the cart, and we appeared to be the only two women on the train," Caitlin told Buzzfeed.

"There were three other men sitting somewhat near the situation," she added. "Nobody else on the train seemed bothered by what was happening. The man then stood up and began walking towards her, grabbing his dick and blatantly staring at her."

So Caitlin spoke up to the man and filmed the interaction on TikTok.

In the video, the man accuses Caitlin of being "all up in his business" for calling him out, but she refuses to back down.

"What am I supposed to do when you're yelling at a random woman about your dick," she retorted, "you're sexually harassing someone and I'm not gonna let you do it when it's not right."

"I started looking around to see who else was on the cart, and we appeared to be the only two women on the train," she continued. "There were three other men sitting somewhat near the situation. Nobody else on the train seemed bothered by what was happening. The man then stood up and began walking towards her, grabbing his dick and blatantly staring at her."

According to Buzzfeed, Caitlin didn't let up. She argued with him for another 20 to 30 minutes, even after the woman that was being harassed got off the train.

After she posted the video she created a follow-up where she discussed why she didn't talk to the woman who was being harassed.

Caitlin hopes her video will inspire others to speak up when they see someone being harassed.

"In order to break the cycle, people have to be willing to call it out when they see it, and hopefully correct the behavior, or else these people will continue to think it's acceptable," she told Buzzfeed.

"The only reason I was able to stand up to that man was because I've been inspired in the past by other women doing the same thing," she added. "Watching a woman find their voice and having the power to be who they want to be, unapologetically, is what inspires me daily. So, I just want this video to do the same to those who need inspiration."