Catcalling is a form of abuse. Here's what one county in the U.K. is doing to stop it.

Finally one place has realized there should be repercussions for street harassment. 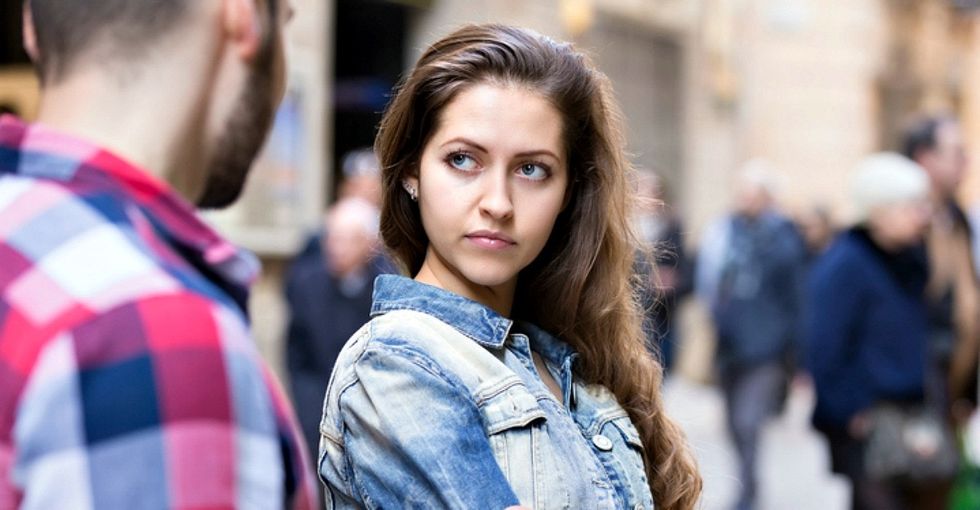 If you're a woman living on planet Earth, odds are you've been catcalled at some point in your life.

If you live in a major metropolitan area, it probably happens all too often. When I spoke to women in the United States about being catcalled, they told me about their everyday experiences of harassment on the street.

"When I was a teenager, I was told that if I didn't have huge tits, no one would know who I was," said Shelley, who lives in New York (and who, like all the women I talked to, asked not to be identified because of the sensitive nature of her story).

"One time a stranger grabbed my ass as he walked passed me, and when I yelled at him and called him an asshole, he pretended he hadn't done it," explained Heidi, who lives in San Diego.

"I was smiling on the subway and this guy follows me home, repeatedly asking me to marry him, saying I must be in love with him because I smiled at him," recounted Liv, another New Yorker.

This kind of harassment can happen anywhere.

Based on data collected by the nonprofit Stop Street Harassment, catcalling is a worldwide epidemic.

According to their most recent nationwide study (2014), 65% of women in the United States have experienced street harassment in some form. In Egypt in 2013, the figure jumps to 99%. And in the U.K., 84% of women say they've been harassed by someone on the street before age 17.

However, that last number may drop soon thanks to a new effort to classify harassment against women as a hate crime.

What this means: If a woman files a complaint with the police, it can be "tagged" as a hate crime against women, allowing the police to note how harassment starts so they can be better equipped to prevent it in the future.

The idea, however, began with a local community group.

Nottingham Women's Centre recommended that this kind of change would increase safety for women in the community. So the Nottingham Police made a public commitment to register misogyny as a hate crime and train their officers to recognize its signs.

While the policy is not perfect (the language of the hate crime clause is somewhat vague), it's still a step forward because it teaches officers to recognize subtle signs of harassment.

"We want to send a strong message that the extreme end of this type of behavior is not acceptable and Nottinghamshire Police will take it very seriously," Jack Storey, a police spokesperson, told Upworthy.

For that, the women of Nottinghamshire are grateful — and eager to continue the conversation.

Storey has already seen an uptick in the number of women coming forward to talk about their harassment experiences. And the Women's Centre has already had incredibly encouraging responses from women like this one, who asked to remain anonymous but has already felt a huge difference with the changes in the law:

“Yesterday I felt ten feet taller walking around this city. I literally felt like a weight had been lifted off my shoulders. It was amazing because I know that many men who might normally want to shout or whistle will have read about this and they will have to stop and reflect.”