'Keep your quick fixes to yourself. This is the kind of bullsh*t that kills people.' 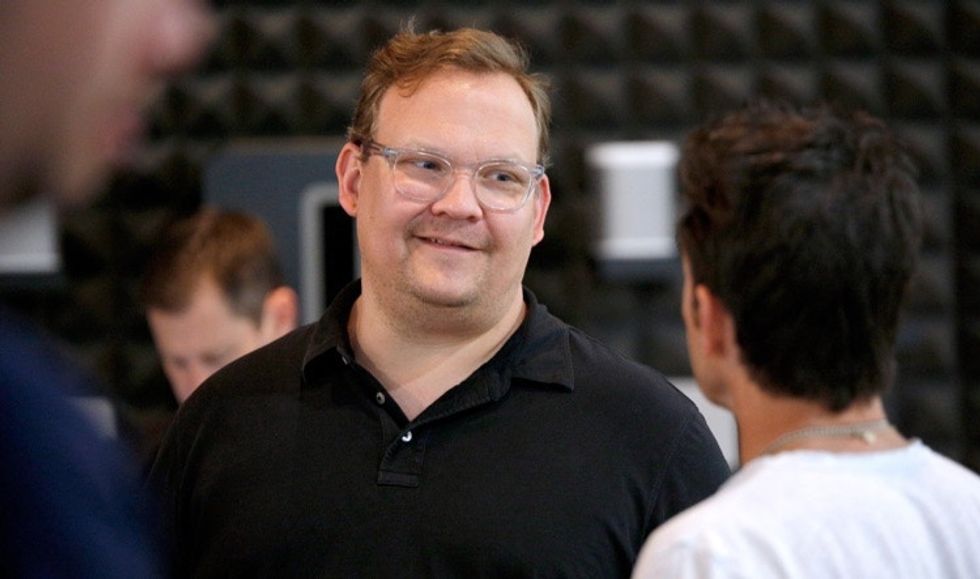 Depression is not a choice, and anyone who says otherwise is just plain wrong.

After reading a tweet that simply said, "Depression is a choice," actor, writer, and comedian Andy Richter was so angry that he "pulled over after school drop-off" to vent on Twitter about what it's like to live with depression and be constantly bombarded with unhelpful "advice" that so often amounts to little more than blame for those living with it.

"[Depression] varies in strength from a casual unresolvable suspicion that I will never find the joy that others do in a sunset, to the feeling that being dead might be a respite and a kindness," he tweeted, highlighting how difficult the hazy experience of living with depression can be to describe.

He also draws an important distinction between having good things in one's life — such as a great family and successful career — and being dealt a bad hand when it came to the genetic lottery of depression, a feeling he describes as "an ever-present amorphous sadness."

"My life is full. I am lucky," he tweeted. "And I will still reach the end of my life having walked through most of it with an emotional limp. I do not wallow in self-pity. No one did this to me. It is just how it is. I am just unlucky."

Saying things like "depression is a choice" is not only wrong, it also keeps people from seeking the help they need.

Depression is really common. In fact, according to the National Institute of Mental Health, an estimated 16.1 million U.S. adults 18 or older experienced at least one major depressive episode in 2015, accounting for 6.7% of all adults in the country.

Left untreated, depression can lead to all matters of problems, ranging from an inability to focus on work, all the way up to suicide — making the stigma surrounding treatment that much more frustrating.

Sadly, studies have shown that there are still significant segments of the population that view depression and mental illness as a form of weakness. In turn, that attitude reflects on back the person dealing with depression, making them feel embarrassed to seek treatment.

"If you are unburdened by depression, real true depression, count yourself lucky," Richter wrote.

"Keep your quick fixes to yourself. This is the kind of bullshit that kills people. Learn, then speak. Or just be lucky and quiet," he wrapped his thoughts.

The way we fight stigma is by using our voices to let the world know we exist. Today, Andy Richter did just that.

If you or someone you love is struggling with depression, call the National Suicide Prevention Lifeline at 800-273-8255 or visit their website for more information.