Planting 1.2 trillion trees could reverse a decade of climate change. Here’s how to do it. 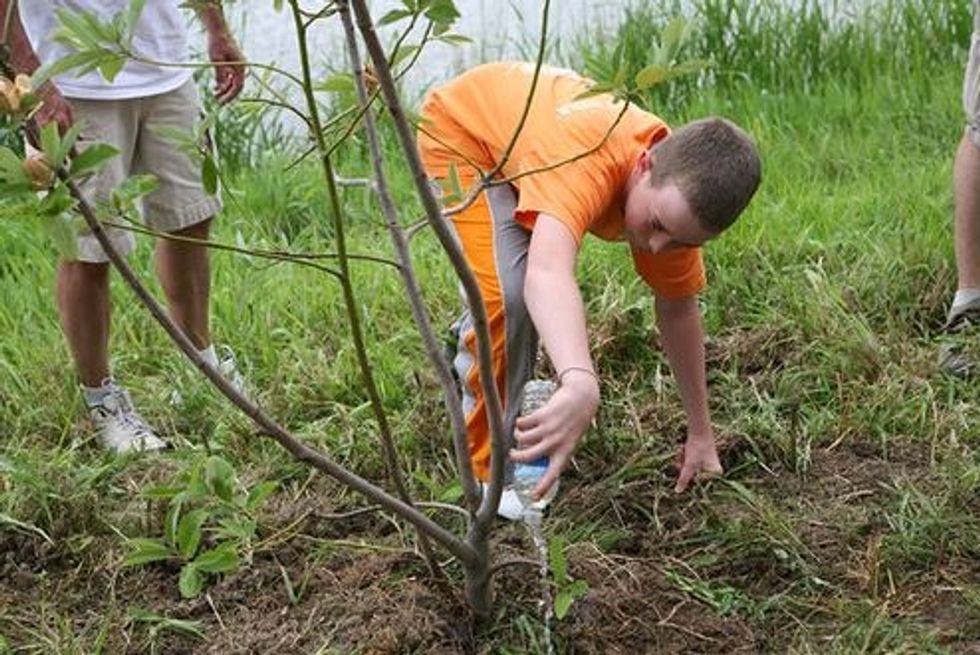 Ecologist Thomas Crowther and his colleagues at ETH Zurich, a Swiss university, have determined that planting 1.2 trillion trees would cancel out a decade of carbon emissions.

The researchers have also estimated that the planet has over 3 trillion trees, about seven times more than previously thought.

“There’s 400 gigatons [of CO2 stored] now in the 3 trillion trees,” Crowther said at the American Association for the Advancement of Science conference in Washington, D.C. last February.

“If you were to scale that up by another trillion trees, that’s in the order of hundreds of giga-tons captured from the atmosphere – at least 10 years of anthropogenic emissions completely wiped out,” he continued.

Crowther believes that trees are “our most powerful weapon in the fight against climate change”.

An analysis by Crowther and his team says there is enough room on the planet’s parks, forests, and abandoned land to plant the trees necessary for a climate recovery.

“We are not targeting urban or agricultural area, just degraded or abandoned lands, and it has the potential to tackle the two greatest challenges of our time – climate change and biodiversity loss,” said Crowther.

As the planet’s second worst carbon polluter, the U.S. bears a lot of responsibility for our current crisis. Plus, after President Trump pulled out of the Paris Agreement, we have some serious apologizing to do.

So why not get back in the good graces of the planet by planting a trillion trees on U.S. soil?

To provide some perspective on the scope of this project, here’s how 1.2 trillion trees could be planted.

Trump should pay his fair share after pulling out of the Paris Agreement. So, we can start by taking over his 17 golf courses (5 of which are overseas) and replacing the fairways with trees.

According to Tree Plantations tree-spacing calculator, 10,890 trees can be planted on an acre. The average golf course is around 200 acres, so that means Trump golf courses could provide enough land for 2,178,000 trees!

Next, the U.S. could take Wyoming and South Dakota, combine them into one state with a really awesome eco-friendly name like, “EcoTopia” or “Treesylvania,” and turn the entire new state into a tree plantation.

This new state would be over a hundred million acres and could fit around 1.2 trillion trees.

Boom! We push climate change back another ten years and the U.S. gets to be the country that solved the greatest crisis ever faced by humanity.