The hole in the ozone layer is smaller than ever, NASA says 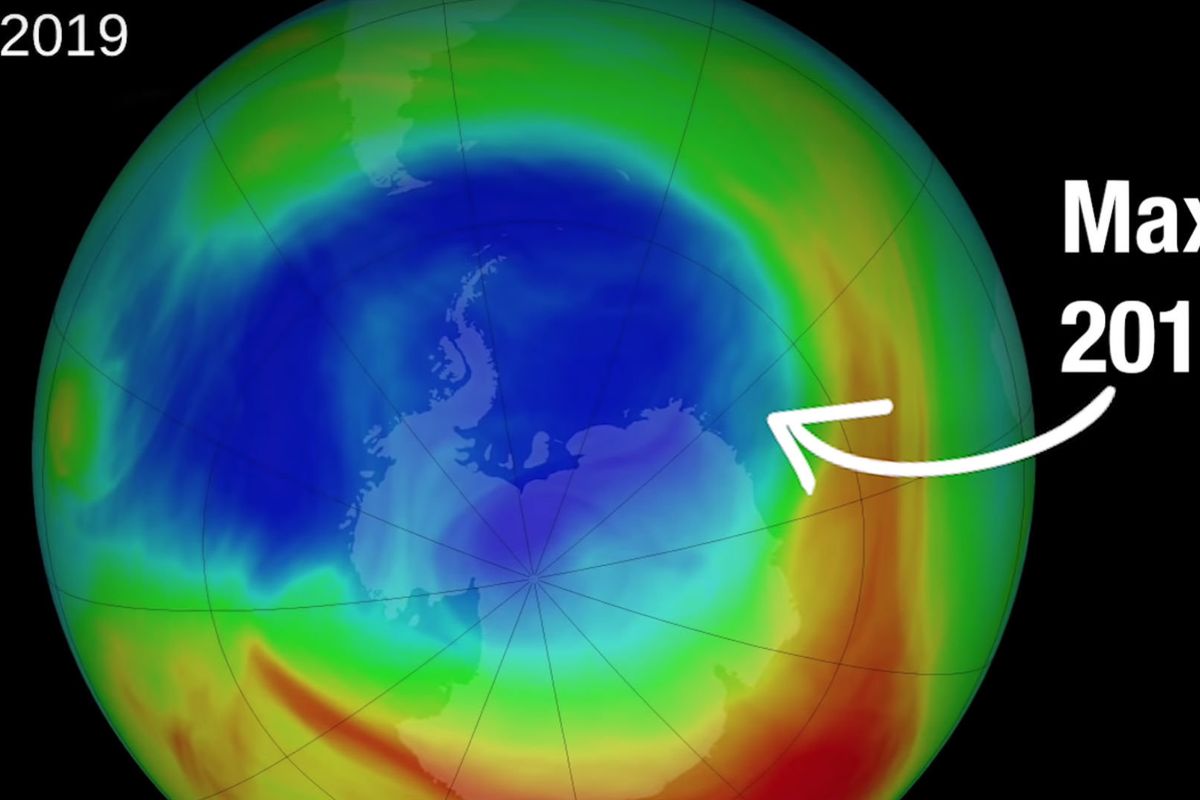 In some double-edged news for the planet, NASA has recently announced that the hole in the ozone layer has shrunk to its smallest size since it was detected in the mid-1980s. But there's a bit of a catch as to why it shrank in the first place, and yes it has to do with climate change.

Back in the days of glam rock and unlimited hairspray most people were totally oblivious to the damage they were doing to the atmosphere. Then in 1985 a group of buzz killers (a.k.a. scientists) released findings that showed the ozone levels in the atmosphere over the poles were depleting at an alarming rate.

And suddenly certain real estate moguls had to find another way to make the remnants of their hair bend in an unnatural direction, and proving that anyone can be a victim of their own ignorance.

And throughout Earth's history these brave tiny soldiers stood guard against the sun's radiation, specifically UV rays which are known to cause skin cancer. But when we found that they were being killed off, well, you can see how that could raise some obvious concerns. Please enjoy this nifty video from The National Geographic to learn more!

In the decades since the substances that caused the depletion were banned or prohibited (see: the Montreal Protocol) the ozone layer has shown signs of rebounding.

Recently NASA released a report that said the ozone hole was the smallest it has been since it was discovered, stretching to 3.9 million square miles. That may sound like a lot but it's actually half the usual size around this time of year which is around 8 million square miles.

This is all pretty good long-run news for the planet, but, and yes this the big "but," there's a caveat. "It's great news for ozone in the Southern Hemisphere," said Paul Newman, chief scientist for Earth Sciences at NASA's Goddard Space Flight Center. "But it's important to recognize that what we're seeing this year is due to warmer stratospheric temperatures. It's not a sign that atmospheric ozone is suddenly on a fast track to recovery."

Researchers from @NASA and @NOAA work together to monitor 🛰 the ozone layer. Since the implementation of the Montreal Protocol, the ozone hole has shown definitive signs of improvement 👍https://t.co/JPOVLd1hxj pic.twitter.com/2L143qMSkZ
— NASA Earth (@NASAEarth) October 21, 2019

It's true, and shrinking of the ozone has actually happened in the past though not quite to this degree, but it was always due to strange weather patterns. And scientist are still investigating, however the main culprit for this seems to be rising global temperatures.

"It's a rare event that we're still trying to understand. If the warming hadn't happened, we'd likely be looking at a much more typical ozone hole." Said Susan Strahan, a researcher with the Universities Space Research Association.

Despite this however, scientists are optimistic that by 2070, at current rates the ozone layer can return to normal.