Other musicians scoffed at the web. David Bowie started his own Internet service provider. 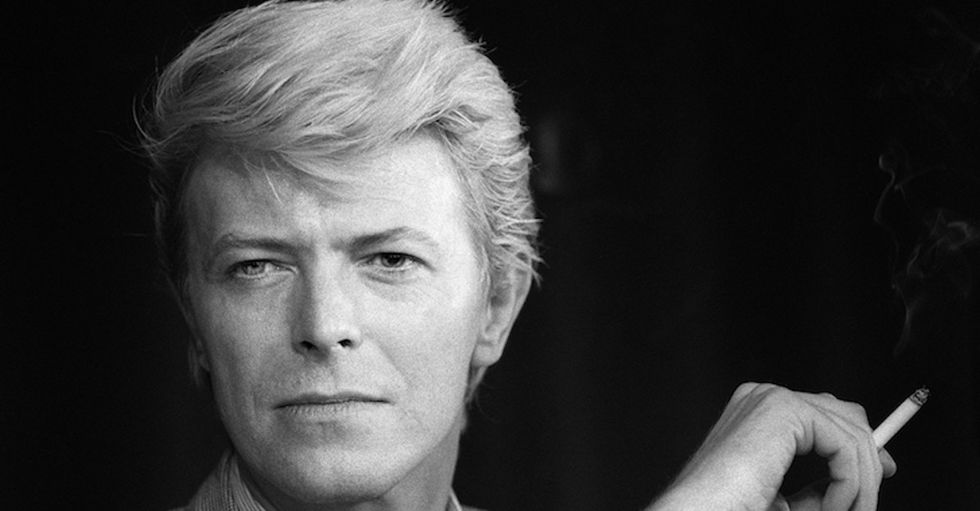 After releasing his 1996 song "Telling Lies" as a web-only single and selling 300,000 copies (a huge number in any era), David Bowie decided the Internet provided a unique opportunity to interact with fans in a new way.

The only issue was getting more people online. And the best way to do that if you can't wait for the rest of the world to catch up? Start your own Internet service provider.

So, that's what David Bowie did.

For $19.95 a month, users could access the Internet and many fancy Bowie-themed perks, including an @davidbowie.com email address, 5 MB of personal webspace, unreleased audio and video tracks, and "exclusive music content provided by the Rolling Stone Network."

In short, BowieNet was creative and ground-breaking, and I wish I'd known about it at the time so I could have been jeangenie@davidbowie.com instead of hlibby@not-my-real-email.ca.

The BowieNet landing page in 2000. Image via DavidBowie.com.

As the Internet grew and evolved, some artists (like Prince) changed their minds about it. David Bowie never did.

He held online art exhibitions, offered his voice and his image to video games, and encouraged fans to remix his music on the new site BowieArt. Bowie did all of this because he believed in the power of the Internet, calling it "subversive and possibly rebellious and chaotic and nihilistic."

That statement is from a 1999 interview with U.K. Journalist Jeremy Paxman. Watch Paxman's face as Bowie talks about the internet:

Sorry, J-Pax. This is the face of a man who just doesn't get it. GIF via Clorpse/YouTube.

For a good third of this 16-minute interview, Bowie tries to explain the power of the Internet for artists and creators.

"I appreciate that there's a new demystification process going on between the artist and the audience," Bowie says. "I think we're on the cusp of something exhilarating and terrifying. [The Internet's] an alien life form."

It's hard to state in a few sentences how special Bowie's attitudes were and still are.

Giving fans increased power to access and interact with artists was a scary concept in 1998. By 2000, musicians like Metallica and Dr. Dre were suing Napster (and the university students using it) for sharing MP3s of their music. In 2014, Taylor Swift famously announced she'd be removing her music from Spotify — one of the world's most popular streaming music services.

Yet, Bowie's approach to the Internet remained the same: Let the fans in, let them connect with each other and with you, and allow yourself to be surprised and delighted by what happens.

BowieNet operated as an ISP until 2006 and as a fan community until 2012. By the time it closed its doors, its creator was rewarded with a Guinness world record for "first celebrity ISP" and a Webby Lifetime Achievement Award.

Bowie's management announced his passing yesterday with posts on Facebook and Twitter — cutting out the PR middlemen and going straight to the fans with the most important news.

Just as Bowie would have wanted, and the Internet enabled him to do.