One simple and brilliant tweak to how Blake Lively and Ryan Reynolds talk to their kids. 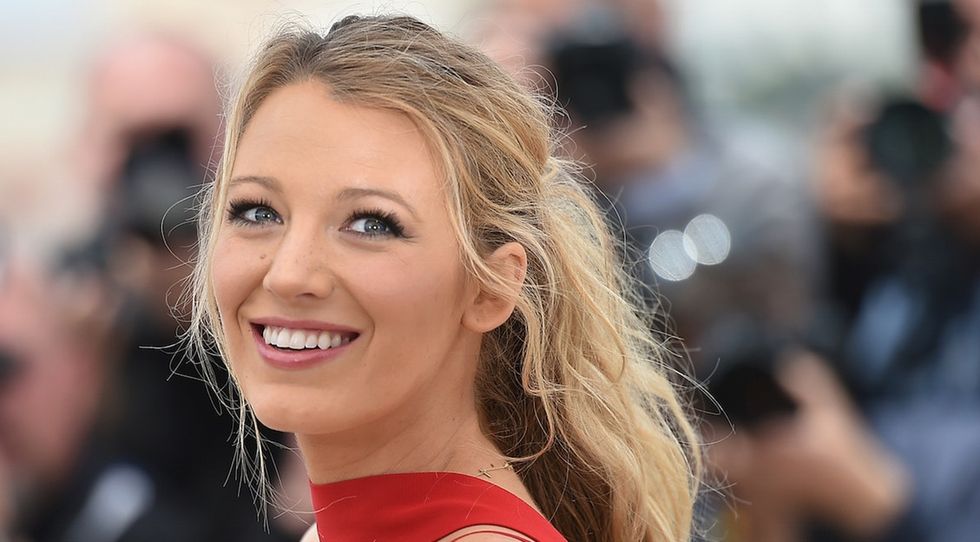 The pair is widely known as funny, down-to-Earth parents to their two young girls — not to mention total #couplegoals.

But just because they love to goof around and crack jokes doesn't mean they take their jobs as parents lightly.

In a revealing interview with Glamour, Lively opened up about the couple's plans for raising strong, independent daughters.

Though she admits she doesn't always know the right thing to do, she shared an anecdote about reading a script that had a profound effect on the way she talks to and around her girls:

"I was reading a script, and this woman, who’s very tough, did something where she took control of her life. And so she’s sitting, gripping the wheel, 'a look of empowerment on her face.' And I thought, Hmm, they don’t point that out about men: 'Look how empowered he is.' It’s just innate."

At home, Lively says, she and her husband make a conscious effort to avoid language that's either subtly sexist or even by default male.

"[Reynolds] will pick up, like a caterpillar, and instead of saying, 'What’s his name?' he’ll say, 'What’s her name?'" Lively said. "Or we’ve joked that my daughter is bossy. But my husband said, 'I don’t ever want to use that word again. You’ve never heard a man called bossy.'"

As a big-time Hollywood actor and now movie producer, Lively knows a thing or two about how people react to strong women and knows firsthand how damaging stereotypes can be.

"We’re all born feeling perfect until somebody tells us we’re not," she said of her daughters.

In other words, women aren't born feeling somehow inferior. Rather, the world tries to slowly beat it into them.

"So there’s nothing I can teach my daughter [James]," Lively said. She already has all of it. The only thing I can do is protect what she already feels. I do know that I have to watch her and listen to her and not project any of my own insecurities or struggles on her."

The statistics prove Lively's point: How we use gendered language really matters.

Calling a caterpillar a "girl" or a "boy" may not seem like a very important decision, but consider this:

Children's books are far more likely to feature a male lead character, Hollywood is as non-gender-inclusive as it's ever been, and most of us assume doctors or other high-level professionals are a "he."

From the time we're born, we are surrounded by a culture that paints women into a corner. Tells them that they can be a nurse but not a doctor. That they can't be in charge lest they be labeled "bossy." Tells them that not even an anthropomorphic farm animal can have the spotlight if it's a girl.

Lively and Reynolds are getting a jump on fighting back. If you're part of a couple that wants to be just like them, following their lead on this would be an awesome place to start.