Lady Gaga explained how a sexual assault may not have just one victim. 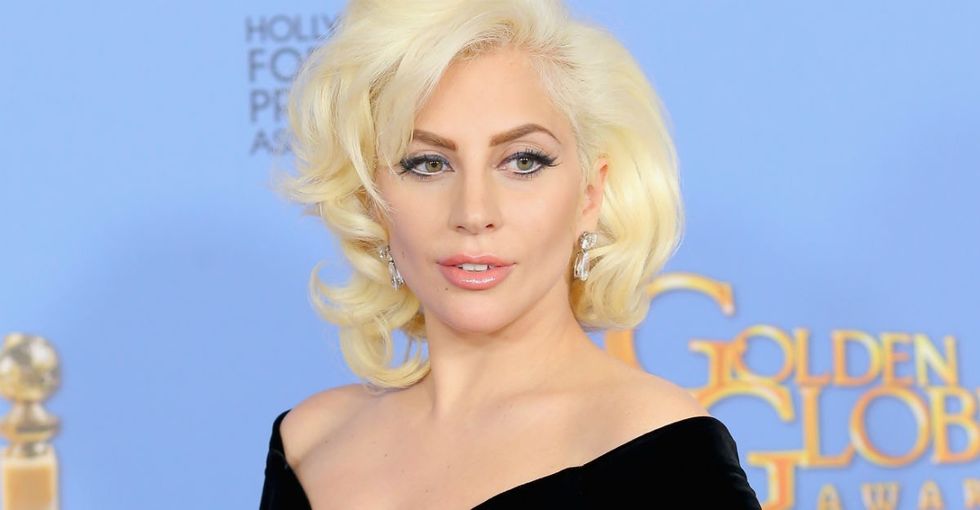 Lady Gaga took the stage at the Producers Guild Awards on Jan. 23, 2016, to perform a song close to her heart.

The singer performed "Til It Happens to You" — a powerful ballad that describes the ensuing heartache that haunts a survivor of campus sexual assault. It's an especially personal tune for Gaga as she's a survivor herself.

Gaga used the spotlight on Saturday to share how one person's experience of sexual assault can alter the emotional health of an entire family.

"My father was 16," Gaga explained of the timing of her aunt's death. "And it affected my family tremendously my whole life."

"Til It Happens to You" isn't just a powerful song. It's raising awareness and increasing visibility on the issue of sexual assault on campuses.

The song, which aims to help give survivors a voice, was featured in the critically acclaimed documentary "The Hunting Ground," which explores the overlooked crisis of sexual assault on college campuses.

"The statistics are staggering," the documentary's website explains, alluding to findings backed up by a recent study from the Association of American Universities. "One in five women in college are sexually assaulted, yet only a fraction of these crimes are reported, and even fewer result in punishment for the perpetrators."

Creating the Oscar-nominated song hasn't been the most carefree musical endeavor for Gaga. But that's never been the point.

Gaga, who's opened up in recent years about being sexually assaulted as a teenager, told the Los Angeles Times in December 2015 that listening to such a heart-wrenchingly personal song has been difficult. But finding courage with the support of loved ones is what the tune's all about — facing trauma head-on in order to heal.

"It was really hard for me when [the song] came out. I was really stressed out about it. Every time I listen to it, I cry," she said. "Every time I get a text about it, I always feel sick. It's like this thing you don't want to face. But because [songwriter Diane Warren] wanted to face it with me, it reminded me of what the song is for."

Watch the powerful music video for "Till It Happens to You" below (WARNING: The video contains graphic content that may be upsetting to some viewers):