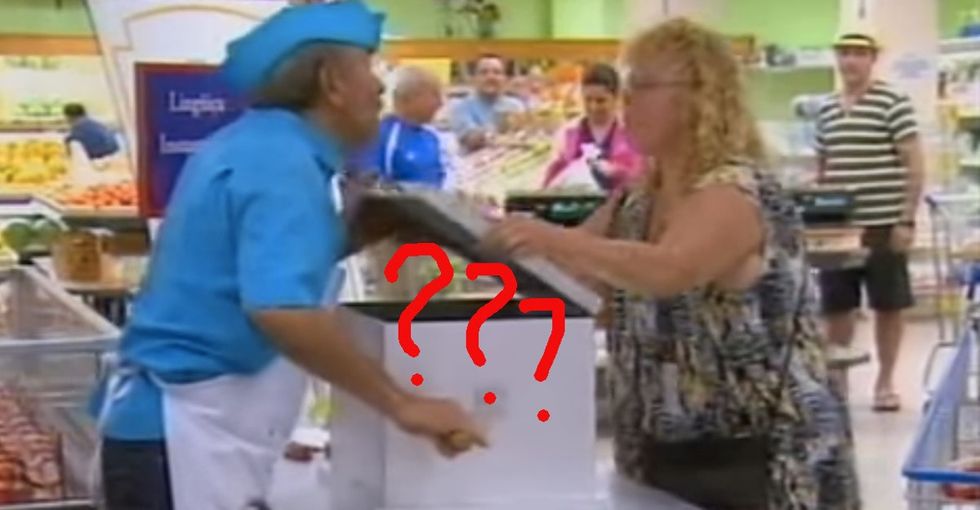 The way our food gets made is a huge source of this kind of contradictory thinking.

It's hard not to sympathize with the people in this video.

Or the kids in this episode of "MasterChef Junior":

I'm not saying you shouldn't eat meat. I eat meat. Hell, I mostly follow the Paleo Diet. What I am suggesting is that we recognize the too-often-overlooked fact that meat is made out of real animals with real lives. So maybe we could try and make those lives a little more livable.

For example, there's a bill pending in New Jersey that would ban gestation crates for pigs, which completely immobilize them — sometimes for years, often for their entire lives. It's a simple, easy thing that would improve the quality of life of thousands of farm animals. Yet the governor has already vetoed it once and might do so again, despite broad bipartisan support.

We could also beef up terrific organizations like the Humane Society, The Best Friends Animal Society, the ASPCA, and many others who are out there every day pounding the pavement so that animals get treated like real living things and not just objects of consumption. And they do it like a boss. (Like a bunch of bosses, actually. But you get the point.)

How many of the world's problems could we solve if we were forced to confront the evidence in front of us?