One man's way of facing homelessness is changing an entire community. 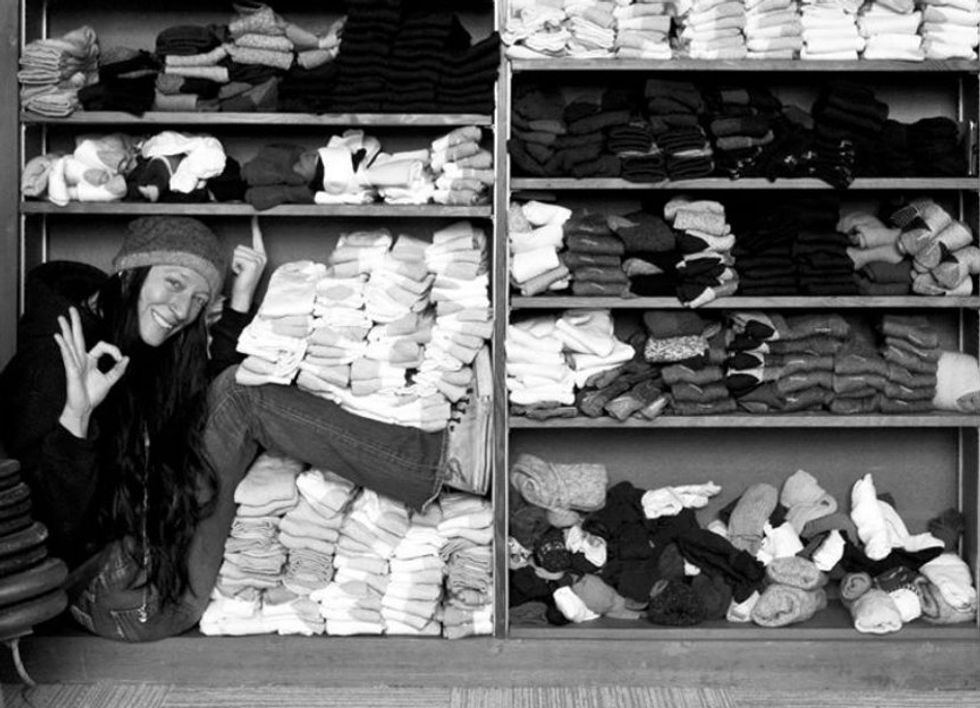 His followers know exactly what he means.

In fact, it prompts them to spring into action.

"heartfeltTHANKS." All images from Facing Homelessness, used with permission.

It's all because Rex realized the power of saying "hello" some six years ago.

It was around that time that he, a successful architect, began actually looking up and talking to the people he saw living on the streets every day. The conversations he was having with the homeless and those in need of community assistance were so deep and meaningful, he realized he couldn't let them continue to be invisible to the everyday passersby.

Everyone deserves to be seen and acknowledged.

Rex started a Facebook page called Facing Homelessness that has turned into a movement to spread kindness far and wide.

He regularly posts photos on it and shares stories of people he encounters in the Seattle area who are homeless or in need of assistance.

It's a place to make requests, to provide encouragement, and to show you care. And it's working: Every single ask of his has been fulfilled, no matter if it's been for a bus ticket, boots, socks, gas money, or even a virtual hug.

For instance, take Steve. Steve became homeless after his divorce in 2010. He was in need of a tent.

"[Steve's] hoping to get his CDL truck driver license; living homeless though keeps him busy, for money Steve does temp-labor, when we talked he said he was heading downtown to Trades Labor Corporation. Right now Steve is in need of a 2-3 person tent if anyone can drop OFF or ship TO our office: Facing Homelessness c/o Steve 1415 NE 43rd Street, Seattle WA 98105. THANKS!!!"

Or take Anthony. He was in need of boots.

"[Anthony's] been homeless pretty much after getting out of the military, has a team of folks trying to help him with head-issues, lost his DSHS food-stamps five months ago, was told he needs to start the process over, says he just can't do that. Anthony is a gentle soft-spoken man, one that you immediately like and want to get to know more. He's in need of new boots, his are falling apart. I asked him if he has a preference, he said best would be desert summer combat boots, size 13. With tax they are around $150.00. If (15) of us pitch in $10 we can make this happen on Monday for Anthony, here is the PayPal link. THANKS so much."

The requests aren't always for items. Sometimes they're praise to show how proud the community is. Like when Alex got his GED.

"Just taking a BEAUTIFUL moment to say how unbelievably proud we are of Alex. While living homeless out of his car with Karina, he's been holding down a job and AND studying to get his GED. This last Friday Alex called and said, 'I did it, I passed all of the exams for my GED!' Makes me tear up just writing it here, all the struggles this young man has had to go through to get here, it's a really REALLY beautiful thing he is doing for himself."

The compassion shown by complete strangers online has been incredible.

"I’ve been doing this for six years now and it’s pretty crazy how every single request has been met by our community of more than 34,000 supporters, usually within a few hours," Rex told Upworthy.

A small snapshot of the stories you can read over at Facing Homelessness.

It helps to build an awareness about our relationship to homelessness and the role we play in our own communities.

"As a community of compassion we can face homelessness by choosing to see the beauty of [the] person in front of us rather than the issue that overwhelms us," Rex says on his site. "We can give empathy a voice, trusting in our own creativity and compassion to find the answer that fits each moment of interaction."

The movement isn't trying to fix anyone or tell anyone how to live their life. It's simply about adding love into the equation. Every single person functions better when they feel loved.

We can all make a difference for others. Start by just saying "hello."

"It'll help get things started, to just move forward genuinely from the heart," Rex says. "From there, who knows, that might be all it becomes, or perhaps you just found your new best friend!"

Give it a shot sometime. You never know the impact you might have.