Mom's viral rant about her baby son's exposure to measles calls out the selfishness of anti-vaxxers. 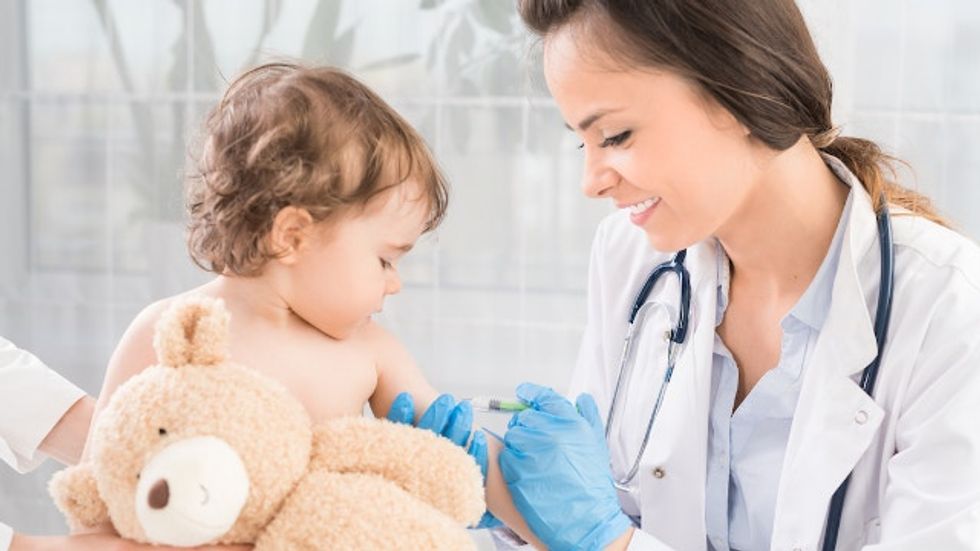 The growth of anti-vaxx communities is nothing short of a public health crisis. At the time of writing this, lawmakers in Washington state are considering passing legislation forcing parents to vaccinate their children due to a recent measles outbreak.

Sadly, these fresh outbreaks have been going on for a couple of years, and they not only endanger the children of the anti-vaxxers, but small children in contact with these families.

In response, several parents have aired their legitimate anger and grievances against anti-vaxxers, and a viral post from concerned mother Jennifer Hibben-White has been resurfacing due to its continued relevance.

At the time of writing the post, Hibben-White was monitoring her 15-day-old son Griffin due to his exposure to measles. Luckily, this was originally posted a few years ago, and he is now safe. However, unfortunately the anti-vaxxing trend has continued, and her sentiments stand.

In her post, Hibben-White laid out why anti-vaxxer arguments are not only scientifically incorrect, but also present a serious risk of death for small children.

This is my son Griffin, and he may have measles.

On February 9th, I received a phone call from York Region Public Health, informing me that Griffin, alongside my mother and I, was potentially exposed to the measles virus while attending a newborn weigh-in appointment at my doctor’s office in Markham on January 27th.

Griffin was 15 days old at the time.

I was informed that someone who later developed measles sat in the doctor’s waiting room between 1 hour before and 30 minutes before we arrived. I was also informed that measles is regarded as “airborne” and can stay in the air and on surfaces up to 2 hours after the infected person has left.

I was then asked if I had had the measles vaccine. I had.

Griffin. Griffin had not. Can not.

She shared that due to Griffin's age, he was unable to receive vaccines yet, and similarly, due to his young age, measles would pose an existential threat. After exposure, Hibben-White was forced to quarantine herself and Griffin until receiving news.

I was advised to not be around small children. If I worked in such an environment I would be written off work. I do work in such an environment; my home. Where I now sit with Griffin and my 3 year old, Aurelia, who has only been able to get one MMR vaccine so far. She is now, technically, exposed too. We are to sit tight and watch for symptoms: fever, cough, runny nose. If we develop any of these we are to call my doctor and arrange to come in under official medical precautions. We are to wait at home, in isolation, until February 17th, after which the 21 days of possible incubation will have passed and we are clear.

So, Griffin is now Schrödinger’s baby. Simultaneously with measles, and without it. Until he develops symptoms, or until a further 7 days pass. One or other.

And I’m angry. Angry as hell.

She then laid out the reasons she blames anti-vaxxers for the position her son was put in, and how not vaccinating your child is a public health threat.

I won’t get angry at or blame the person in the waiting room. I would have likely done the same thing...you get sick, you go to the doctor. I have no idea what their story is and I will never know. But I do know one thing: If you have chosen to not vaccinate yourself or your child, I blame you.

You have stood on the shoulders of our collective protection for too long. From that high height, we have given you the PRIVILEGE of our protection, for free. And in return, you gave me this week. A week from hell. Wherein I don’t know if my BABY will develop something that has DEATH as a potential outcome.

She also decried all of the scientifically debunked reasons people cite for not getting vaccinations.

Now, let’s unpack this shall we. All out on the table.

You have NO IDEA what this “potential outcome” means. NO IDEA. I do. Unfortunately, I do.

You think you are protecting your children from thimerosal? You aren’t. It’s not in their vaccine.

You think you are protecting them from autism? You aren’t. There is no, none, nada, nothing in science that proves this. If you want to use google instead of science to “prove me wrong” then I am happy to call you an imbecile as well as misinformed.

Now, let’s unpack this shall we. All out on the table.

You have NO IDEA what this “potential outcome” means. NO IDEA. I do. Unfortunately, I do.

You think you are protecting your children from thimerosal? You aren’t. It’s not in their vaccine.

You think you are protecting them from autism? You aren’t. There is no, none, nada, nothing in science that proves this. If you want to use google instead of science to “prove me wrong” then I am happy to call you an imbecile as well as misinformed.

And without mincing words, Hibben-White got straight to the point: not vaccinating your kids puts them at a huge risk of death, and it unfairly puts other children in the same position.

You think you are protecting them by letting them eat their shovel full of dirt and reducing antibiotics and eating organic? You aren’t. As an unvaccinated person you are only protected by our good graces. WE LET YOU BE SO PRIVILEGED thanks to our willingness to vaccinate ourselves and our children.

You know what vaccines protect your children from? Pain. Suffering. Irreparable harm. Death.

She then shared about the loss of her daughter, and how if there had been any vaccination or shot to help her daughter live, she would have flocked to it. The potential death of a child, she wrote, is nothing to take lightly.

And you would be the first to line up if you had an inkling of what the death of a child feels like. You would be crawling through the streets on your hands and knees, begging, BEGGING to get that vaccine into your precious babies because that is what I would have done, if I could, to save my daughter.

The fact is, there was no vaccine for her. Not for her illness. And she died. She died at age five and a half, and she is gone.

And I watch these arguments trotted out on Facebook and twitter citing false science and long discredited“studies” that just won’t stop and Jenny McCarthy quotes and “it’s MY choice” to not vaccinate...and I think...what would you have done if your child lay dying? Would you give them a scientifically proven, safe and effective vaccine and risk the minuscule likelihood of a side effect? Or would you let them go, knowing that at least they won’t develop autism (which they wouldn’t even develop anyway because SCIENCE)?

She ended her post by imploring anti-vaxxers to rethink their selfish stance, for the sake of Griffin and their own children.

And don’t you DARE tell me that you wouldn’t vaccinate them then. Don’t you dare. You have no idea what it feels like to go through what we went through.

So, look at Griffin. Tell me why he gets to bear the brunt of your stupidity and reckless abuse of our protection? Tell me.

How is your week going, anti-vaxxers?"

While this post was written four years ago, its resurfaced due to the sad relevance of it today. Hopefully, anti-vaxx parents will listen and rethink their dangerous philosophy.