She isn't the biggest fan of Oprah's new commercial. 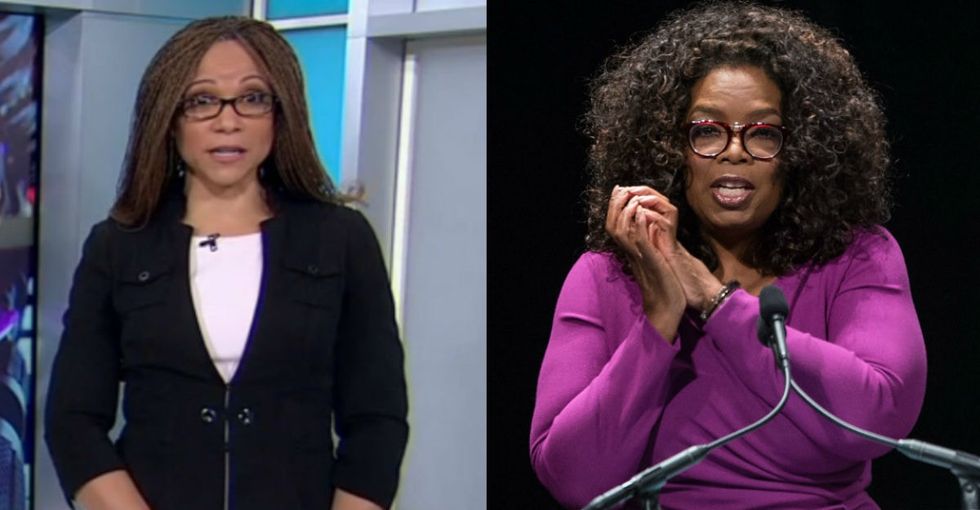 The MSNBC host responded to a recent TV ad Winfrey did for Weight Watchers after Winfrey bought a 10% stake in the weight-loss company last year.

While Harris-Perry was quick to note she certainly wishes Winfrey a successful 2016 — even if that means achieving the goal of shedding a few pounds — Harris-Perry took issue with one particular message within the ad, specifically, the part where Winfrey says that "inside every overweight woman is a woman she knows she can be."

“I’m thinking to myself — but O, you are already precisely the woman so many are striving to be," Harris-Perry said during the open segment of her show.

Harris-Perry said she certainly understands why many women, especially those in the spotlight, struggle with body issues because she's been there, too.

"I know that your struggle with weight has been long and often personally painful," Harris-Perry said in her open letter to Winfrey. "And having spent my 30s gaining and losing a few dress sizes more than few times, I get it."

As Harris-Perry pointed out, none of Winfrey's many achievements have anything to do with her weight.

The whole segment is definitely worth watching below, but here's an especially powerful snippet (emphasis added):

"From surviving childhood poverty and sexual abuse, you have become one of the most influential humans on the planet. You have Emmys and awards and honors almost too numerous to count. You not only are the first and only black American woman to make the Forbes' billionaire list, you consistently rank among the most generous philanthropists in the world. Sister, you made the wealth, and you share it like no other black woman ever has. With a nod, you can generate a best-seller, launch a career, even help elect a president...

Who you are, what you have accomplished, how you have influenced and altered the world is all so much more important than your dress size. There is not one thing that you have done that would have been more extraordinary if you’d done it with a 25-inch waist."

Don't take my word for it, though — listen to Linda Bacon, Ph.D. She's a researcher and author of the new book, "Body Respect," and well-versed in weight-regulation science.

Bacon told Upworthy that, despite a lot of commonly held notions, you can't tell much about an individual's health simply by looking at their waistline.

The Weight Watchers ad was personal for Harris-Perry because she knows young people are paying attention.

The host's daughter shares the same birthday as Winfrey, and that means the new Weight Watchers ad hit especially close to home.

"I regularly remind [my daughter] that sharing a birthday with you means she’s especially obligated to strive toward greatness," she said. "And I worry as a mom, and as a woman, about the messages our daughters receive if they think a woman as phenomenal as you is still not enough unless she is thin.”

Bottom line? Your success and worth have nothing to do with a number on a scale. And that includes you, Oprah.

Check out the whole segment below.