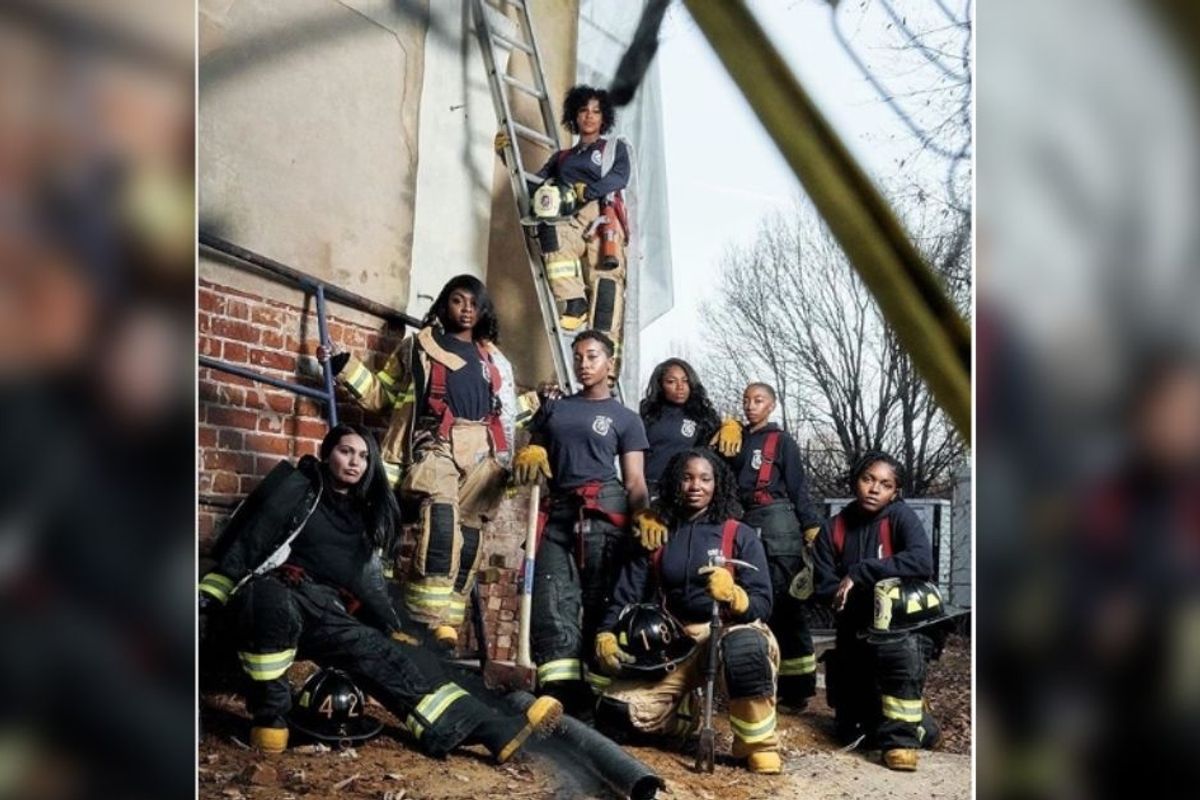 If you were to imagine a typical firefighter, chances are you'd picture a white man in firefighting gear—and there's a good reason for that. According to the National Fire Protection Association, 96% of career firefighters in the U.S. are male and 82% are white. Firefighting has long been a white male dominated field for various reasons—but in some places that's starting to shift.

Meet the newest firefighters of Prince George's County, Maryland, who are flipping the image of a stereotypical firefighter on its head. A viral Instagram photo shared by BecauseOfThem shows eight black female firefighters posing in their gear, looking like fierce firefighting goddesses.

Do these women actually fight fire with fire? Because fire is all we see here.

Because of Them We Can® on Instagram: “Introducing some of Maryland’s (Prince George’s County) newest firefighters! 📷 @stewdiovisuals | @mrsdavis_27 #becauseofthemwecan”

RELATED: People argue that women aren't strong enough to be firefighters. Here's why they're wrong.

The photo is striking, partially because it's simply not what we're not used to seeing in an image of firefighters. Why fire departments are so heavily white male dominated is a question without a clear answer, but one cities have started exploring. For example, the Los Angeles Times looked into the LAFD's efforts to increase the department's diversity to more closely represent the demographics of the community it serves. Those efforts have largely failed, but why? Is it a self-perpetuating issue of representation? Is it a problem with bias or nepotism in hiring or recruiting? Is it that women and/or non-white Americans aren't interested in being firefighters? A little of all of the above?

On possible reason for Prince George's County's influx of black female firefighters might be who it hired as fire chief. Tiffany Green, former deputy chief, took over the department as acting fire chief this summer after her predecessor retired. She is the first female to lead the department, and she happens to be black as well.

Research shows that representation makes a difference in education and in media, so it's not a stretch to think that it matters in various career fields as well. If people don't see themselves reflected in certain professions, they may not even think to pursue those professions. Women have faced a lack of representation in many fields, as more women have entered the work force in full-time careers in the past couple of generations. But some fields, such as nursing, have had to overcome a lack of male representation as well.

The more we challenge the stereotypes of what certain professions look like, the easier it will be for all kids to imagine themselves in any career.

From Your Site Articles
fire