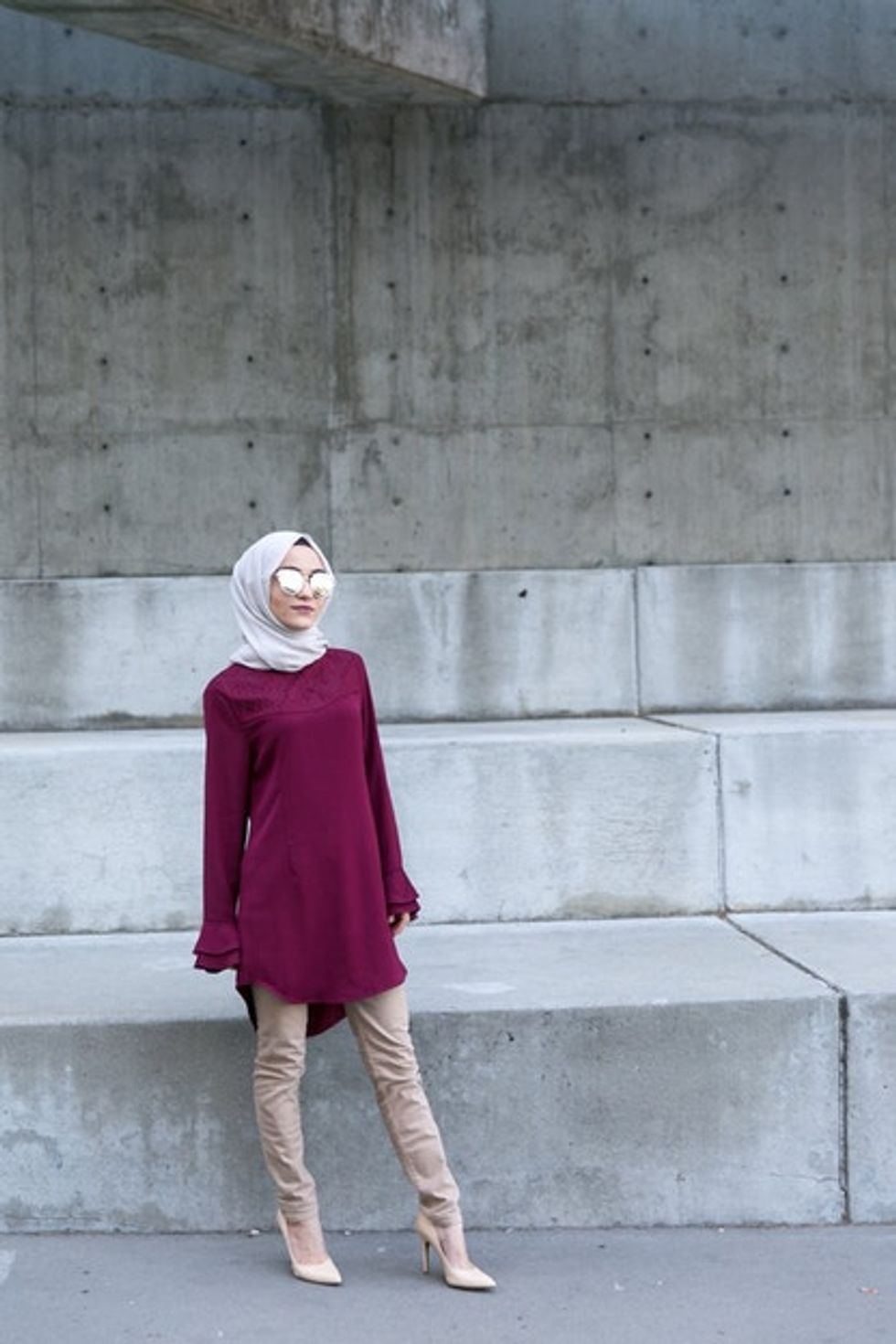 Just in time for New York Fashion Week, Macy's announced it will be partnering with a modest fashion line for Muslim women.

Starting Feb. 15, the retail giant will feature an assortment of hijabs, cardigans, abayas, and dresses from the Verona Collection on Macys.com.

Lisa Vogl, founder of the Verona Collection, is a graduate of The Workshop, Macy's business development program for minority and/or women entrepreneurs. After her conversion to Islam in 2011, the single mother quickly realized how rare it is to find affordable, trendy modest clothing — and that "many other women, both Muslim and non-Muslim, felt the same way" — so she decided to launch her own fashion line.

But the Verona Collection, according to Vogl, is doing more than simply creating affordable, trendy clothes: The brand represents a new diversity and inclusivity in the fashion industry.

“Verona Collection is more than a clothing brand. It’s a platform for a community of women to express their personal identity and embrace fashion that makes them feel confident on the inside and outside," said Vogl in a Macy's press release.

This isn't the first time major retailers have catered to Muslim women.

A recent example came in December, when Nike released a sports hijab in response to the growing worldwide trend of female Muslim participation in athletics.

Macy's, founded in 1858, is one of the few old-school giant department stores left in the U.S., making their latest efforts to expand their customer demographic to include Muslim women a huge milestone for the rapidly evolving fashion industry.

"I'm really excited to see Verona Collection as an offering at Macy's," she said to Upworthy. "It's a win not just for Macy's and Muslim women, but any women looking for modest fashions. It also sends a message of inclusivity that's vital in today's sociopolitical climate: Muslims are welcome here."

Maryam Sarhan, a 22-year-old in Washington, D.C., said that she hopes Macy's is just the first of many other big-name retailers to create modest fashion lines for women of faith.

"I'm pleased to see a department store like Macy's diversify their collection and offer more options for women of various backgrounds and beliefs to feel beautiful," Sarhan said. "I hope other companies follow this example with an open mind."

Aysha Khan, who's worn the hijab since elementary school, doesn't really see the difference between buying hijabs at big retail stores and from smaller Muslim vendors. Still, she's excited that there are more options — and a platform for Muslim women designers.

However, some Muslim women are asking an important question about the booming trend of modest fashion lines: at what cost?

There is a concern among some Muslim women that consumerism is hijacking their faith.

Mediha Sandhu, 34, considers herself to a part of the Muslim women consumer market. While she sees the value and optimism in Islamic fashion recognized nationally by such a staple in American culture, she still can't help feeling a bit perplexed.

"I also feel sort of at a loss that something unique and intimate, like a small business, has become mass-produced, and hijabis are the targets for mass consumption," Sandhu told Upworthy. "It's like my favorite secret spot became a tourist attraction, where the secret spot is Muslim hijabi stores."

Binta Nur, a 25-year-old Muslim hijabi from Philadelphia, where she says "Muslim women make careers by catering to their sisters," is skeptical of the modest fashion partnerships like Verona Collection and Macy's.

"I'm not a fan," Nur said in an interview with Upworthy. "They are just trying to capitalize on this market. Like, there are Orthodox Jews and Christians who wear head coverings and [are] just [as] conservative."

Worried that the trend will quash independent female Muslim entrepreneurs, she added, "This is going to put so many Muslim-owned companies out of business."

Yet for many, this broad effort to tap into the Muslim women market is also good for business.

In 2013, Fortune reported that Muslims spent around $266 billion worldwide on clothing and shoes. That's roughly more than Italy and Japan's spending put together. But that figure is expected to rise in 2019, according to the 2015 Thomson Reuters State of Global Islamic Economy report — to about $484 billion.

Today, Islam is one of the fastest-growing religions, and its booming population could have something to do with the rapidly expanding market. For instance, Pew Research Center estimates that, by 2050, the world's Muslim population in the world will equal that of Christians.

Sabiha Ansari, co-founder of the American Muslim Consumer Consortium, said that she's spent a lot of time and effort explaining to businesses the benefits of tapping into the Muslim consumer market.

"It's about time," Ansari told Upworthy. "We have been raising awareness about the American Muslim consumer market and its spending power since 2009. I applaud Macy's on pursuing an emerging new consumer."

She adds that it's not only Muslim women who will be interested in the new line of clothing: "I wouldn't just limit modest clothing to Muslim women alone. There are plenty of Jewish and [Christian] women who can be potential customers as well."

There is a long road ahead, but these seem like the right first steps.

While I like to support small businesses, I'm mostly excited about this move as it uplifts Muslim women designers.

Still, I'm always here for bigger brands and platforms giving Muslim women opportunities in the mainstream fashion industry — even if these first steps are imperfect for now.