Losing 8 friends is hard. Fighting back is harder. Caleb Holloway did both.

A poignant reminder about the hard work skilled workers do. 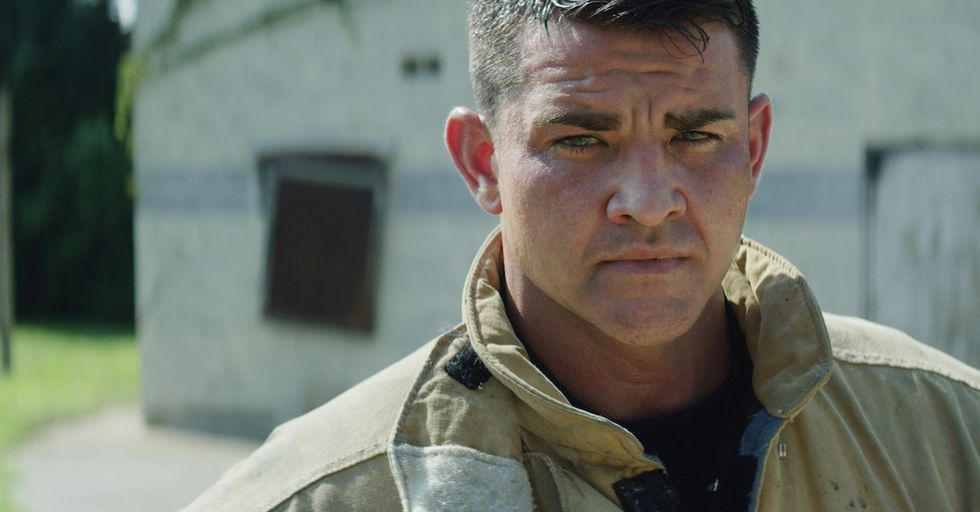 Caleb Holloway didn’t plan on becoming a rig operator. He just wanted a good paycheck and a steady job.

After a string of odd jobs — working at a feed store, in hospital maintenance, and installing concrete — 22-year-old Caleb and his best friend applied on a whim for a job working on small offshore oil rigs. They were hired two weeks later and stationed on a little shallow-water rig called a "jack-up." It was hard work, but it paid well and Caleb excelled at it. Within two years, he'd switched companies and started working at Transocean on its flagship offshore rig, the Deepwater Horizon.

On this massive rig, Caleb found community with his fellow workers. Stationed together for 21 days at a time, they became a second family to each other.

During his three years on the Deepwater Horizon, Caleb worked his way up from an entry-level job as a roustabout, to a member of the drilling crew. It was tough, challenging, skilled work.

Working as anything above an entry-level steward on an oil rig usually requires a diploma in welding, basic mechanics, or heavy equipment operations, plus specialized courses in marine firefighting and emergency response. Workers must be physically strong, highly-skilled natural problem-solvers — able to do their tough, essential jobs perfectly on a moving, floating deep-sea drilling platform in all kinds of bad weather and treacherous conditions.

"It’s a very dangerous job," Caleb said. "Everything on the rig is heavy; you’ve got multiple machines running and going in different directions. It’s a long job, and it can get to you sometimes. But I always think back to our crew and how we took care of each other. There wasn't a moment where I didn't trust them with my life."

Most of the time, there are extensive safety protocols in place to keep workers out of harm's way. Coupled with strong leaders empowering workers to speak up about problems, sometimes they make a big difference. Other times, they fail horribly.

On the morning of April 20, 2010, 10 members of the Deepwater Horizon’s drilling crew went to work. By midafternoon, only two of them were still alive. Caleb was one of them.

That day, the Deepwater Horizon was finishing up work on the deepest oil well ever drilled on our planet. The project was behind schedule and over budget. A chain of decisions, spurred largely by off-site executives wanting to save further money and time, led to a catastrophic explosion, a massive fire, and the largest oil spill in American history. Caleb and his colleague, Dan Barron, crawled through pitch darkness and aerosolized gas and fire to reach safety. On their way, they helped many others reach safety.

126 people were on board Deepwater Horizon before it sank. 115 were rescued.  Of the 11 crew members who were not, eight were members of Caleb Holloway's drilling crew. It was only after he was safely back on shore that he began to understand that many of his close friends and coworkers weren't with him.

Medications and counseling helped, but only bit by bit. Unable to eat or sleep, he lost 40 pounds off his already slim frame. He couldn't stop replaying the day over and over again in his head, imagining what he could have done differently and the additional lives he might have saved.

Until one day, he just couldn’t do that anymore.

Through the support of his family, his friends, and his bible study group, Caleb found the motivation to begin living again. Just over a year after the disaster, he signed up for firefighter training.

"Losing my friends on Deepwater Horizon felt like someone tore out my heart and ripped it into 11 pieces," he says, his voice catching. "There’s not a day that goes by where I don’t think of them. I wanted to go back to a rig because I loved that work, but I knew that mentally and emotionally I couldn’t do it."

For the last four years, Caleb's worked as a firefighter on the crew in Nacogdoches, Texas — just 20 minutes from where he grew up and minutes from his parent's house.

His shifts, like the ones he worked on the Deepwater Horizon, are long and tough: 24 hours on with 48 hours off. Caleb couldn't imagine being anywhere else.

He spends a full third of his life now in this fire hall, surrounded by men and women who, like his crew members back on the Deepwater Horizon, have become another second family. "We do something different every day, we impact lives every day," he says. "It’s something I’m proud of."

The Holloway family at home. Image via Participant/Deepwater Horizon.

For Caleb, being a firefighter bridges the gap with the work he did on the rigs, in a way, and the close relationships he had with his fellow workers, while allowing him to stay close to his growing family. That's something his wife Kristin and sons, Chase, age 4, and Hayden, 20 months, really appreciate. "They're the best thing that’s ever happened to me," Caleb says proudly. "They’re my heartbeats; they keep me going every day."

Caleb's experience is unique, heartbreaking, and life-affirming. But people like him put their lives on the line for their job every single day.

Mundane moments in our lives that we take for granted — that light comes on when we flick switches, that roads are safe to drive on, that toilets flush away dirty water and taps supply clean — occur because of skilled workers, some of whom risk their lives in potentially deadly situations just to make it happen. They're working quietly, doing the essential work that keeps our country running every day. While their work is often taken for granted, it's actually pretty incredible, too.

This is Caleb Holloway. He survived the Deepwater Horizon and is now a firefighter in Texas. #workhard Participant Media