Looking back on Pat Summitt's legacy and what it means to be a winner.

The former Tennessee women's basketball coach passed away at the age of 64. 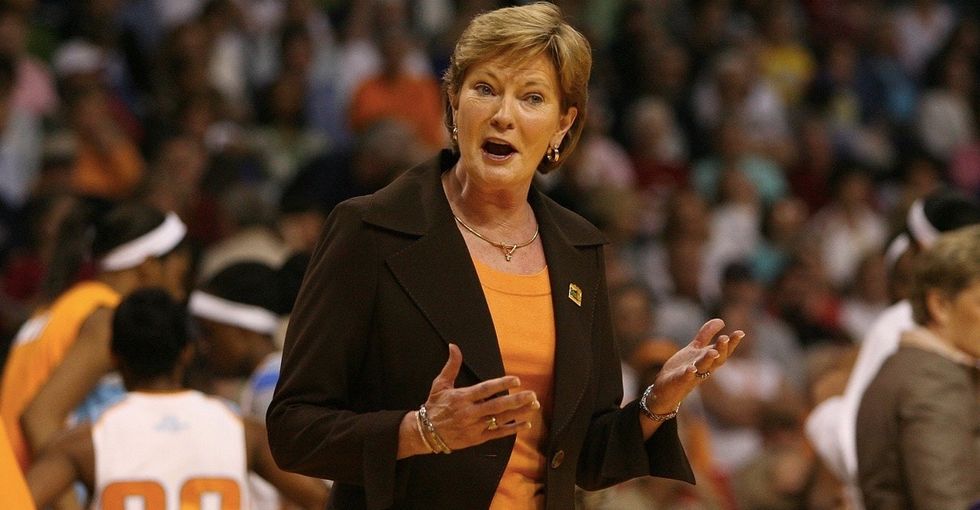 For 38 years, Pat Summitt coached the University of Tennessee's women's basketball team, becoming a legend in the process.

She led the Lady Vols to eight NCAA titles and 1,098 wins during her tenure, taking home NCAA Coach of the Year honors seven times.

On the morning of June 28, 2016, she died of complications related to Alzheimer's disease.

Summitt's legacy isn't just that of a winning coach — she helped changed the game for collegiate women's basketball.

When Summitt took over as Tennessee's head coach ahead of the 1974-75 season, women's basketball wasn't yet recognized by the NCAA.

Until the 1981-82 season, women's basketball teams played in the Association for Intercollegiate Athletics for Women (AIAW). That year, the National Collegiate Athletic Association (NCAA), college sports' governing body, integrated a number of women's sports into their roster of activities. This fact will forever link her name to college basketball because her footprints are all over its humble beginnings.

After years of success, Summitt was approached by school officials about the possibility of coaching the men's team.

"Why is that considered a step up?" she responded, pushing back on the idea that women's sports are somehow second-tier.

Summitt stands on the side of the court during a game in her last season as Tennessee's head coach. Photo by Ezra Shaw/Getty Images.

Summitt was more than just a coach. She was a mentor to her players, helping them become well-rounded adults primed for success after college.

Summitt's greatest legacy may very well be the fact that every single player she coached during her time at Tennessee graduated. With a career spanning nearly four decades and 161 players, that's especially impressive.

In August 2011, Summitt announced her retirement from coaching after being diagnosed with early-onset Alzheimer's disease.

She finished the 2011-12 season in a reduced role, but she was there nonetheless. She was named Sports Illustrated's 2011 Sportswoman of the Year, a celebration of her lengthy career achievements. The following year, she was awarded both ESPN's Arthur Ashe Courage Award and the Presidential Medal of Freedom, the nation's highest civilian honor.

Summitt is presented with a Presidential Medal of Freedom by President Barack Obama on May 29, 2012, at the White House. Photo by Alex Wong/Getty Images.

"I've always said you win life with people and I have been so blessed to have great people in my life," Summitt said in 2012. The world is better for her having been in it.