Kids affected by Harvey are sharing videos reading their favorite books. It's adorable. 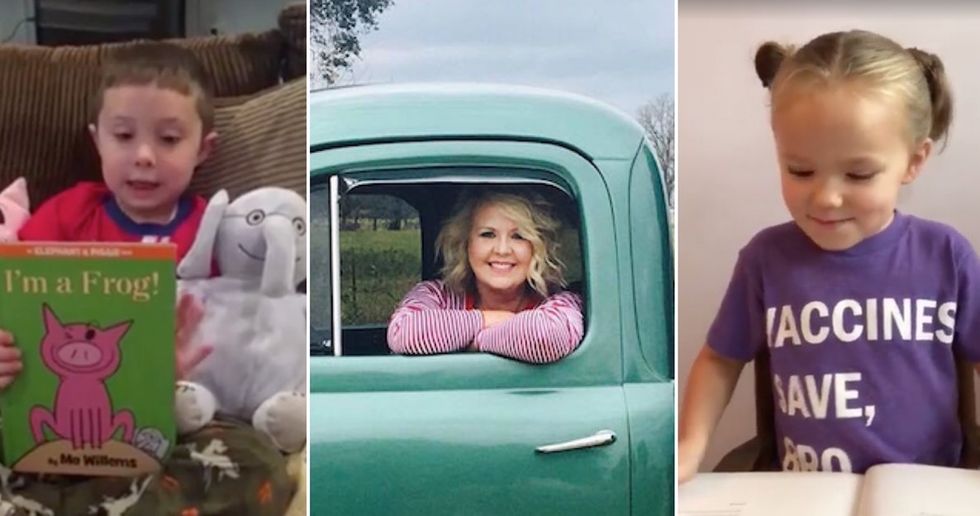 Before Hurricane Harvey hit, schools in and around Katy, Texas, only planned to be closed for a day or two.

Once the storm made landfall and subsequently flooding began, second-grade reading teacher Kathryn Mills says everyone quickly realized the impact would be much, much larger.

"Several of our students have been displaced. Several of our teachers have had to evacuate. There's flooding in some of the schools. The district support center is under water," she says. All they can do is wait and see; school could be closed for weeks — or longer.

From her home outside of Katy — which is thankfully dry, as Mills lives at the top of a hill — she was moved by pictures of many of her students on social media taking shelter in bathrooms and staircases. She was moved even more by the fact that many of them clung to books and were reading to pass the time while they waited out the worst of the storm.

"I love books," she says. "And I love kids loving books."

With a return to school up in the air, Mills decided to harness all that educational energy and keep kids engaged in their reading and keep their minds off the storm.

She started an online book club. With a simple Facebook page, Mills created a space for parents and their kids to share photos and videos of them reading their favorite books while floods raged outside. They could offer each other support to keep going and, more importantly, give each other a reason to smile.

What started as a small group for about 70 families of current and former students quickly ballooned into a community of almost 50,000 from around the world.

Videos and photos poured in from kids and parents in neighboring states and far-off countries.

"Originally I wanted to go into every post and encourage the kids on how awesome they're doing," Mills says.

Now the group is way too big for that, but plenty of other people are stepping up to make the kids feel loved. The encouragement and the distraction (not to mention a little bit of internet fame) are great for the kids' morale, but Mills says she's been especially moved by the response from adults.

"I think they needed this just as much as the kids did," she says. "The message I've received is, 'I've smiled so much watching these videos.'"

There's still no telling when Houston and the surrounding areas will recover from the flooding enough for some sense of normalcy to return.

It could be a long wait. But while the adults work to put the pieces back together, the kids' job is to still be kids.

With a little help from their favorite books and the Hurricane Harvey Book Club, hopefully they can look back at this time one day and remember more than just the storm.