Key Largo divers were nervous after Irma. But what they found is worth a smile. 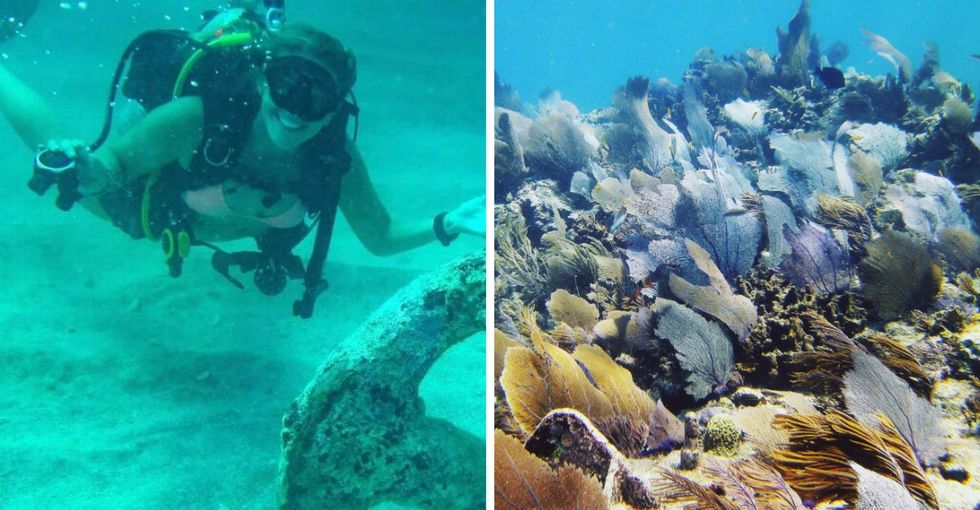 Throughout September, Hurricanes Harvey, Jose, Irma, and Maria contributed to the largest amount of "Accumulated Cyclone Energy" tracked in a single month than any other time period on record. In Puerto Rico, millions of people are still reeling without basic necessities after Maria devastated the entire island.

If you live in the Caribbean or along the Gulf of Mexico, chances are that your life has been affected — if not entirely upended — by an unprecedented month of weather.

The hurricanes didn't destroy everything though.

A heartening update about the state of things on the ocean floor off Key Largo, Florida, is a rare piece of post-hurricane news where things did not go nearly as poorly as they could have.

Wise, however, was pleasantly surprised.

"The reefs look spectacular, compared to what we thought they would look like," he told The Miami Herald after divers scoured corals at several area reefs. Fortunately, "everything looks great."

Aside from a few areas of sand displacement — which, in effect, created new dive sites — hardly anything had been affected.

The storm even unearthed a buried treasure for divers to explore: an anchor from the SS Benwood, a sunken World War II freighter.

Any sighs of relief, however, are bittersweet in the grand scheme of things.

Coral reefs tend to act as a natural buffer against powerful storms. But as waters warm due to increasing carbon levels in the atmosphere, those reefs disappear. That spells bad news for the coastal communities that tend to take more of the brunt from bad weather.

Scientists believe, for instance, that a dying, 360-mile Florida Reef Tract — of which just 10% is covered in living coral — made the effects of Hurricane Irma worse for Floridians.

When coral is damaged or destroyed by turbulent weather, it can make future storms even worse, creating a cycle that doesn't bode well for marine life or humans on the coast.

Coral that's been bleached by an increasingly warm and acidic ocean is examined at the University of Miami. Photo by Joe Raedle/Getty Images.

For now, the folks at Rainbow Reef Dive Center are just relieved the coral in their neck of the woods — er, ocean — is here another day.

"All in all, we’re ready and happy to be letting visitors come back in," Wise told the Miami Herald. "We have a great staff of 70 and we want to keep them here and working. ... People are going to be curious about what’s happening on the reef, and that will help rebuild the Keys economy."