It took 12 weeks to grow this tiny brain in a petri dish. It could revolutionize neuroscience. 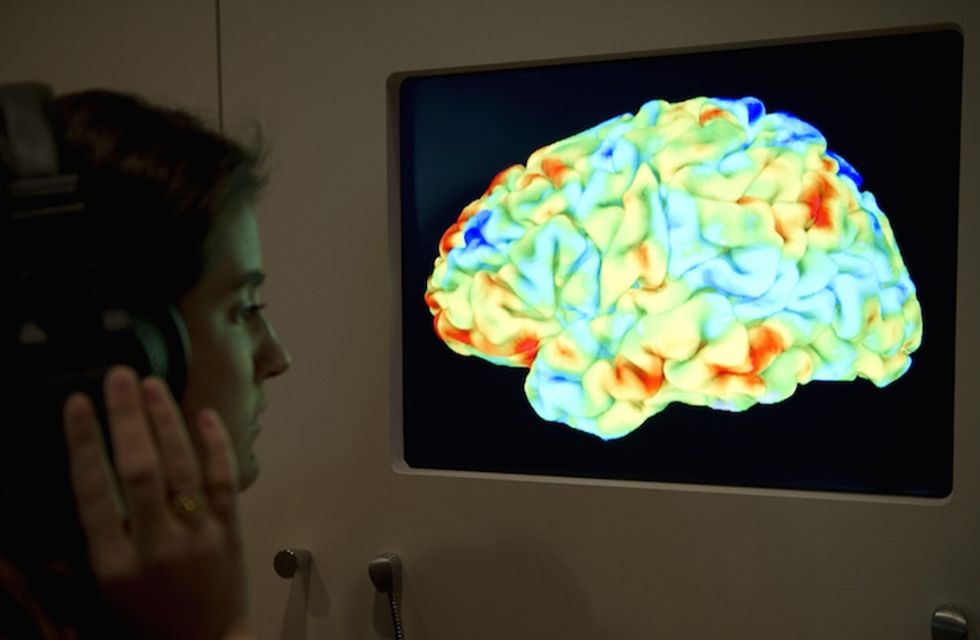 Imagine a brain ravaged by neurological disease. Now imagine winding back the clock to before the damage was done.

I'm not trying to bum you out, I swear! Just picture it for a second.

Not much to look at, is it? Photo by DJ_/Flickr.

What if you knew that a person — or their brain, specifically — was almost guaranteed to develop a serious disease? Imagine what doctors could learn by watching it grow and develop, knowing precisely what to look for from the beginning. They'd chart and study it at every milestone, and they'd be able to pinpoint exactly when, and maybe exactly why, things started to go wrong.

From there, who knows what might happen. It could lead to big breakthroughs in treatment for diseases like Alzheimer's and Parkinson's. It could even lead to a cure.

Amazingly, we just got a little bit closer to that reality.

A team at The Ohio State University has grown a near-complete human brain in a petri dish. And it could give us some incredible answers.

Dr. Rene Anand took human skin cells and, over the course of about 12 weeks, turned them into a brain on par with about 99% of what you'd find in a five-week-old fetus.

Don't worry; the brain, which is about the size of a pencil eraser, isn't conscious. "We don't have any sensory stimuli entering the brain. This brain is not thinking in any way," Anand said. (Good to know it won't be plotting our demise any time soon.)

But it does have pretty much everything else that makes a brain a brain, including a spinal cord, a retina, and all the proper circuitry. The only thing it's missing is a heart to pump blood through it, but Dr. Anand hopes to hook the brain up to an artificial one someday soon.

Simply put, it's the most complete model of the human brain ever created. Before this, the best we'd ever done was still missing some pretty important stuff (you gotta have that cerebellum), and before that, the best we could muster were some replica rat brains.

Why go through all the trouble of growing a brain from scratch? Because it sure beats the alternatives.

There's so much that we don't know about the human brain. OK, so we know it looks like a chewed-up piece of gum. And that it starts to hurt when we stare at long division problems too long.

But what really happens to our brains when we get a concussion? What causes Parkinson's? How can we prevent strokes? Those are the questions that this brain might answer.

Dr. Anand hasn't yet given a full description of how he got skin cells to grow into a three-dimensional brain. (Previous teams have had some success with little tiny scaffolds for the cells to climb and grow on — kind of like itty-bitty jungle gyms.) But assuming his methods can be duplicated by others, and personalized (that's right! one day they might be able to grow a little replica of your very own brain), we could be on the verge of a really exciting future.

At the very least, these lab-created brains will give us a way to test new drugs on the human nervous system rather than on animals. It's more humane and much more effective. We'll also be able to find clues behind the causes of certain diseases, catch things we can't see in postmortem exams, and spot things we can only see through expensive and invasive testing.

Dr. Anand also says that his team's "organoid" brain might not be done growing. It could turn into a full, 100% genetic replica of a small fetus brain.

That's still pretty tiny, but it's room enough to hold a whole new world of possibility.