It can be tough for kids to talk to parents. So they're putting their stories onto film. 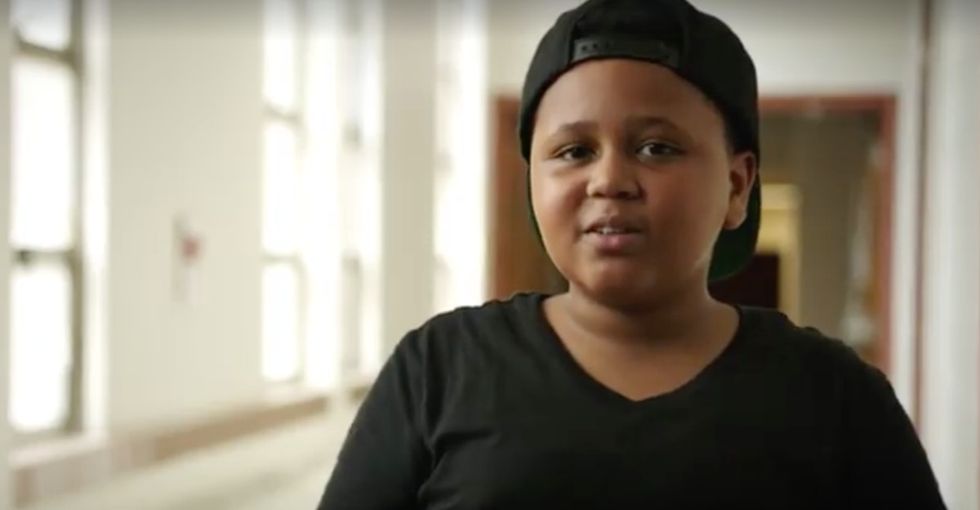 As Will Smith once said: Parents just don't understand.

Sometimes, it’s just hard to tell your parents things, and most kids struggle with finding ways to express themselves as a result.

But just because kids talk less sometimes doesn’t mean they don’t have stories to tell.

If anything, kids and teens are in the story-filled prime of their lives. They don’t just grapple with friends and family, relationships, gossip, school, and work — kids are also privy to conflicts of race, gender, sex, class, and other issues. It’s a complicated world out there, and kids know it.

Hear from the kids themselves how learning to film stories is changing their lives:

This group is teaching kids the skills they need to tell the stories of their communities through film.

When it comes to storytelling, everyone is on an equal playing field — which means that more diverse, more interesting perspectives have an opportunity to be heard.

For kids who are marginalized, that makes creativity a lifeline. Helping kids find a way to tell their stories doesn't just result in good stories, it also results in empowered kids.

At re:imagine/ATL, kids are pitching films focused on just about everything. Taj-Malik is telling "stories about [his] childhood," while Kalyn is addressing "how it's a little bit harder to do things when you're a girl."

Chris is pitching "a motivational piece," and Baldwin has ideas for "horror, drama, romance, comedy, action." For him and the rest of the kids at re:imagine/ATL, the sky is the limit.

There are lots of reasons it’s important to let kids tell their story their own way.

Society is biased when it comes to listening to grown-ups more than kids. Even stories about kids’ lives end up being told by adults. Remember the movie "Boyhood"? It was all about the experience of being a boy. And, yet, it was written and directed by a 42-year-old man.

Where are the stories about kids, told by kids?

When we hand kids the camera, there's no telling what they'll come up with. As volunteer Lisa Cunningham says, "We could be in camp with the next Spielberg."

The problem goes beyond just craving authentic storytelling. Too often, policy that applies to kids is debated and decided on by committees of adults. When kids are given a platform to voice the issues that affect them most, they’re able to be heard by the people who make the decisions that affect them.

But getting film experience is more than just a platform for telling stories. It’s also a huge leg up in a competitive industry.

In Atlanta, where the film and television industry is growing rapidly, kids who invest their interest in learning camera techniques early could see it pay off professionally down the road.

Normally, internships and entry-level jobs are slanted toward students with a hefty amount of privilege. But with re:imagine/ATL, kids from all sorts of backgrounds have the opportunity to get practical hands-on experience that could be the thing that becomes their foot in the door to a successful future.

That's something that doesn't need to be limited to Atlanta. As Spiccia says, "If you are in the film industry or you're in media period, you have a skillset that you can give back to our kids."

In any town, professionals have an opportunity to be a good neighbor to the younger generation, by passing on their experiences to kids who can then turn them into major opportunities.

And as the city of Atlanta proves, that’s a great thing for communities.

Empowering Atlanta's kids with film skills is an act that has powerful ripple effects. Not only does it set up a big portion of this generation for success, but it also allows them to go on to become mentors to other kids too.

Plus, you never know — the next huge thing in Hollywood could be something that was made right here in Atlanta.