Billie Eilish says Instagram comments were ruining her life. So she quit reading them. Smart. 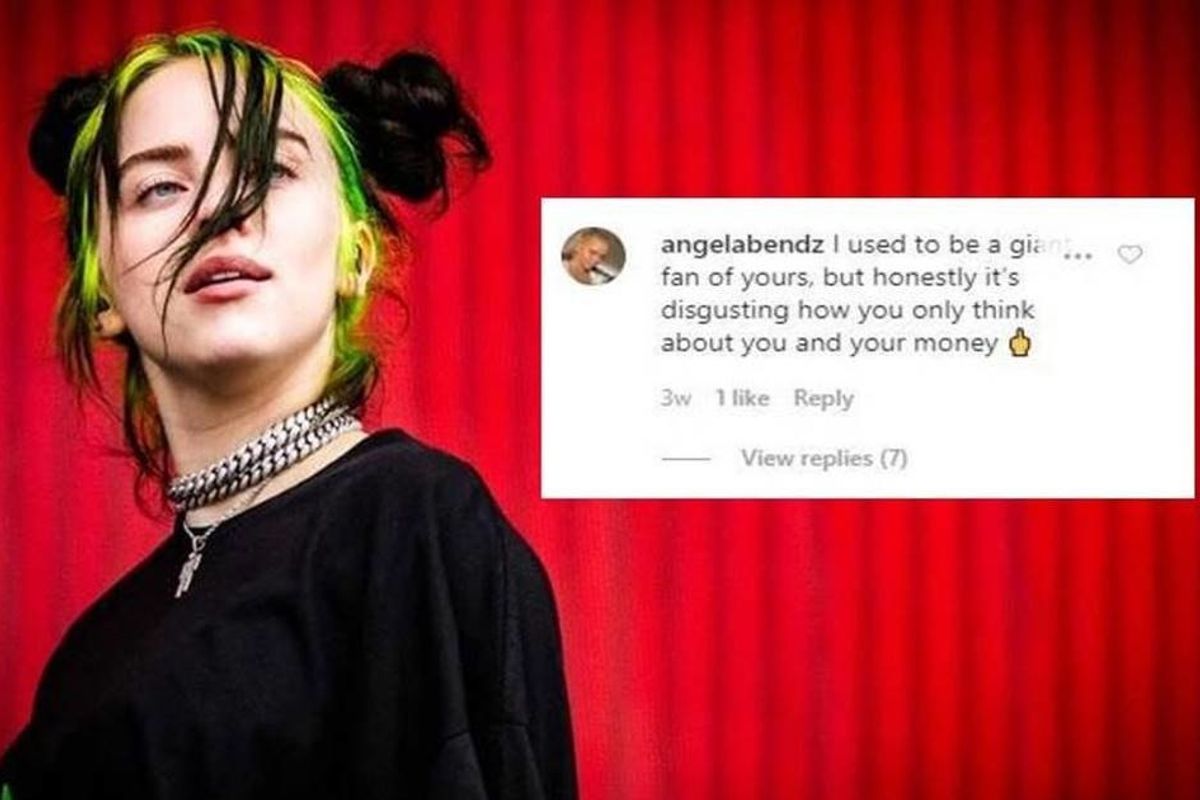 Billie Eilish has gone from being a pop star to a superstar over the course of about a year. Her meteoric rise to fame has forced her to reevaluate how she deals with her fans online.

She used to be happy to read the comments on her Instagram feed, but the tone of the posts has become exceedingly negative. So she's decided to stop reading them altogether.

According to psychologists, that's a very good idea.

Eilish admitted she quit reading the comments during an interview with Louise Minchin from the BBC where she was joined by her brother, writer and producer, Finneas.

"Do you still read everything that's on Instagram?" Minchin asked.

"No, no. I stopped like two days ago," Billie responded. "Literally two days ago. I've stopped reading comments fully. Because it was ruining my life. It's weird. The cooler the things you get to do are, the more people hate you. It's crazy."

"How do you make it better?" the interviewer asked.

"The internet is a bunch of trolls. And the problem is that a lot of it is really funny," Billie said.

"Everyone is much braver behind a cell phone screen than they would be if they walked down the street," Finneas added.

"It's way worse than it's ever been right now," Billie admitted.

"It's insane that I even have been reading comments up until this point. I should've stopped long ago, it's just the problem is I've always wanted to stay in touch with the fans and keep talking to them, and people have ruined that for me, and for them. That sucks," she added.

However, the negativity Billie has faced online hasn't affected how she treats her fans in public.

"If I see fans anywhere, I just want to talk to them and be around them, because they're people. They're me! They're like other me's," the "Bad Guy" singer said. "They're like friends of mine, but the internet is ruining my life, so I turned it off."

Reading the comments on social media shouldn't be a huge problem for those of us who post things that are only seen by people we know. But for anyone in the public spotlight, being bombarded by negative comments day in and day out can be damaging.

That's because of a psychological trait called negativity bias.

According to Psycom's Margaret Jaworski, "We're more likely to register an insult or negative event than we are to take in a compliment or recall details of a happy event. The negativity bias can even cause you to dwell on something negative even if something positive is equally or more present."

Research suggests that it takes three positive comments to cancel out the effects of one negative remark.

Billie Eilish is smart to protect her own sanity by staying out of the comment section and not allowing it to affect her art or life. It's fine for the public to have access to her art but there's no reason she should be handing over her sanity as well.