In a powerful new interview, Michelle Obama says young women are 'tired of being disregarded.' 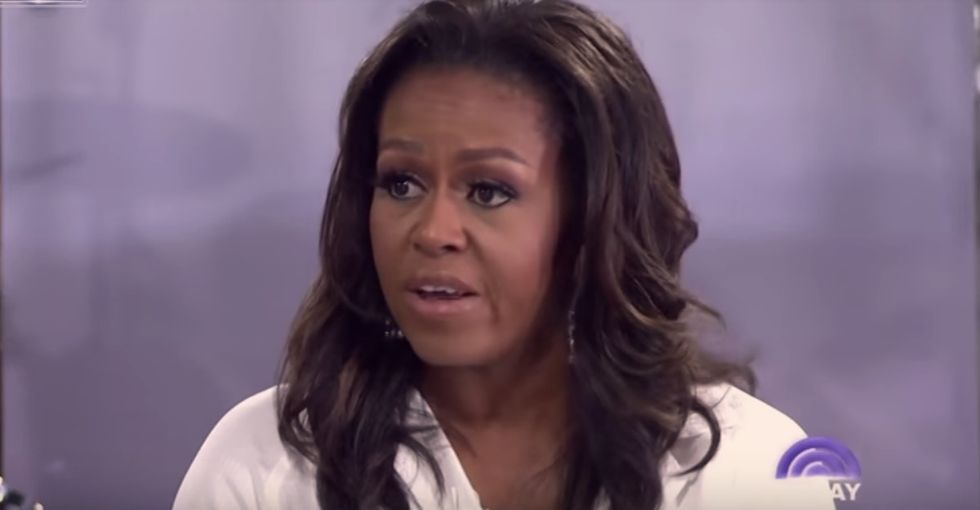 Michelle Obama talked to the Today Show about the current status of women and girls, providing the balm every weary woman's soul needs right now.

Former first lady Michelle Obama was asked on the Today Show whether she was surprised at how much has changed in the year since the #MeToo movement began. And in typical Michelle Obama fashion, she explained the realities women and girls are facing clearly, while offering words of hope and strength.

"I'm surprised at how much has changed, but how much has not changed," said Obama. "And I think that's where the fire is coming from. Enough is enough."

"It's not just around the world," Obama added. "That's happening right here in this country. And if we're going to change that, we have to give them the tools and the skills through education to be able to lift those voices up."

Can we just keep her as first lady forever? Can we make that a thing?

Obama shared her thoughts on the men who are now saying, "What about us?"

When asked what she thought about the backlash against #MeToo, the always unflappable Obama explained how it's not unexpected or surprising: "That's what happens with change," she said. "Change is not a direct, smooth path. There's going to be bumps and resistance."

"There has been a status quo in terms of the way women have been treated, what their expectations have been in this society. And that is changing. There's going to be a little upheaval. There's going to be a little discomfort. But I think it's up to the women out there to say, 'Sorry. Sorry that you feel uncomfortable, but I'm now paving the way for the next generation.'"

"And we as mothers, we have to think about the path we want to pave for our girls," she went on. "And if we don't start setting the tone now, they're going to walk into a world where they're still dealing with those issues in the workplace, and at home, and in schools."

The former first lady also explained why she's not staying on the sidelines, despite her assertion that current politics is "depressing."

Obama was asked why she's chosen to engage in political discourse when she could have just sailed off into the sunset to live a comfortable life, to which she responded, "I chose to engage because there's no choice."

"Change is hard, and it takes time," she explained. "We are planting seeds every day. And the alternative is to do nothing, to say nothing, to sit back and watch things go unchanged. But with every statement that we make, with every act, with every dollar we spend on this issue, we're moving the needle. And that's what we have to do. We have to move it slowly and surely, and I certainly am going to play my part."

"I made a commitment to girls around the world when I was in the White House that I would not walk away from this issue . . ." she said. "And this is my fulfillment of that promise."

Excuse me while I play this interview on repeat to restore my faith in America.