In 1997, being gay on TV was not OK. Ellen and Oprah look back in this emotional clip.

'As long as you stay true to exactly who you are, you will be rewarded in ways that you can’t imagine.' 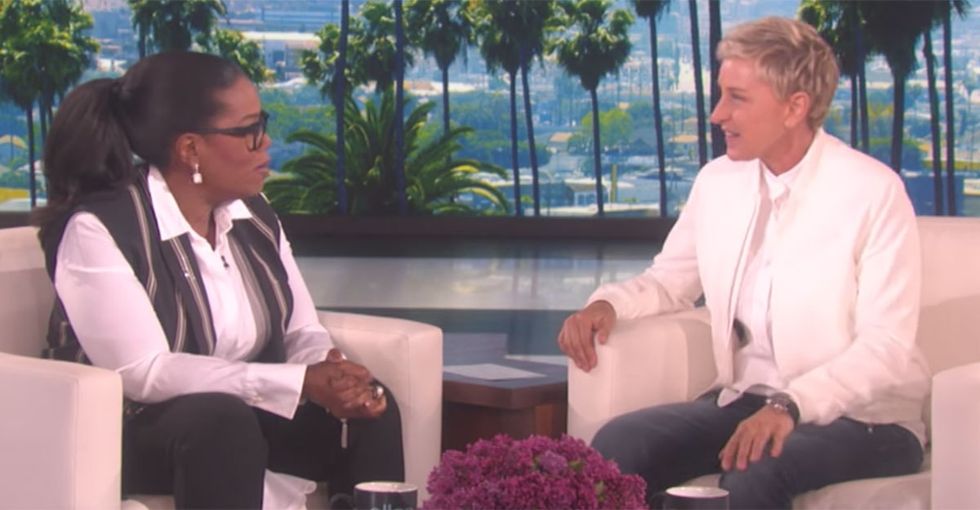 It's been 20 years since Ellen DeGeneres uttered the words "I'm gay" on her ABC sitcom — and changed the world forever.

On a major network with a mainstream audience, those two emotionally charged words were a groundbreaking moment for gay visibility on TV.

The live audience had cheered. DeGeneres embraced Susan in a warm hug. It felt like history had been made.

But it's easy to forget how wildly different things were for LGBTQ people in 1997.

Coming out of the closet quickly plunged DeGeneres' career into controversy.

She received death threats — and many. Winfrey was inundated with homophobic and racist calls in the days that followed, too. And Dern? She couldn't find work as an actor for an entire year following the episode.

ABC began slapping an "adult content" warning at the beginning of each episode of "Ellen" that followed. Conservative groups rallied viewers to boycott the show. Ratings nosedived for the once successful series as backlash ensued. About a year after DeGeneres' coming out, ABC pulled the show.

Two decades later, though, it's clear that DeGeneres' initially painful coming out experience has paid off in more ways than one.

In an emotional episode of "The Ellen DeGeneres Show" airing on April 28, 2017, DeGeneres invited Winfrey and Dern to revisit that groundbreaking moment.

Over the past two decades, far more queer characters have cropped up on prime-time television, acceptance of LGBTQ people has steadily increased among Americans, and millions of people around the country (and world) have found the courage to come out on their own. Even if it didn't feel like it at the time, DeGeneres' bravery in 1997 played a role in all of it.

"You are responsible for so much of that changing," Winfrey tells DeGeneres in the clip below. "You were the bravest woman ever."

Watch the touching clip of DeGeneres and Winfrey below:

You can also check out DeGeneres' emotional interview with Dern as well as the host's teary-eyed personal recounting of her journey since coming out on her YouTube channel here.