If you're super outdoorsy, this is the awesome way it's changing your brain. 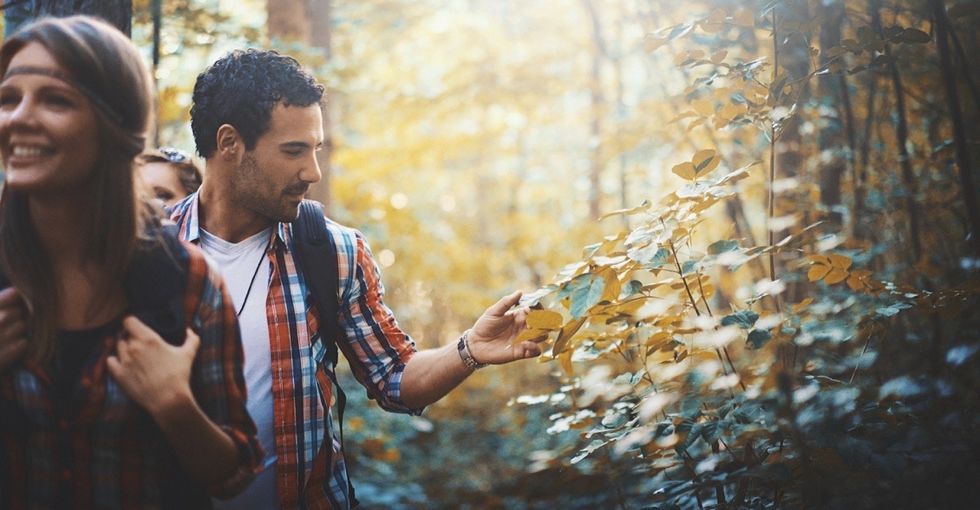 J. Phoenix Smith lost her job during the Great Recession.

Smith is from Oakland, California, and she has worked in community health for her entire career. But in 2010, with the economy stumbling along, Smith suddenly found herself without a job.

"I was having a rough time," says Smith, in a voice that immediately makes you feel like she's an old friend. Like many people in California at the time, losing her job gave Smith a lot of free time — and a lot of anxiety. So, as her own form of therapy, Smith turned to the outdoors.

"Everyday I'd go for a hike," Smith says.

Oakland might be just a hop, skip, and a jump from San Francisco and Silicon Valley, but it's surrounded by a wealth of wild places, which Smith started discovering once she was unemployed.

"I was doing more hikes by myself. I didn't grow up going camping with my family or anything, but I started doing that," she says. She describes visiting groves of redwoods at Joaquin Miller Park, hiking up the remains of an ancient volcano at Sibley, and volunteering at a local farm.

Over time, she says the hiking actually made her feel better, even during one of the hardest transitions of her life.

This feeling Smith experienced actually has a name: ecotherapy.

And here we see the extremely rare Prozac tree. Image from iStock.

It might sound like a weird, new-age buzzword, but it's actually a pretty interesting. Ecotherapy is, in basic terms, using nature or natural spaces as a form of or tool for psychotherapy.

Today, in addition to continuing her public health work, Smith has a graduate certificate in ecotherapy. She has a practice focused on sharing the incredible benefits of being outside, and she helps doctors, nurses, and nonprofits learn how to add ecotherapy's ideas to their toolbox.

This isn't just feel-good stuff, either. It turns out there are serious studies about the power of the outdoors.

Shortly after this, Dave learned to tame condors. He lives with them now. Image from iStock.

Anyone who's been stuck in a rut of destructive, intrusive, or worrying thoughts knows how awful that feeling can be. Smith knows this firsthand, too.

"I'm a ruminator, which means I overthink things all the time," she says.

The problem is that our brain's response to a stressor can be to try to turn it around over and over again until we come up with a solution. But sometimes a quick fix just isn't possible, and our brains can end up trapped in a cycle of self-reproach, stress, and anxiety.

Being outside could also make us more creative.

Another study looked at creativity and problem-solving, with researchers talking to people before and after a hiking trip. They found that the hikers were about 50% better able to come up with solutions after four days out in the wild, maybe because the nature hike helped people reset their ability to pay attention.

And if nothing else, a hike or walk is really, really good exercise. We know that exercise, beyond being good for the body, can help our brains, too, by reducing stress and anxiety.

So you know those wild-looking, long-distance hikers who seem zen all the time? Maybe they're onto something.

Hey, so, what's the Wi-Fi password? Image from iStock.

Smith says that if you're a newbie, one of the best things you can do is to unplug (like, really unplug and leave the music and headphones at home) and go out into nature with a journal or sketchbook. Maybe find one place you love and come back to it several times over the weeks. Notice what changes in your brain and your life.

As for Smith, she says she loves being outdoors because it makes her feel free. "I'm able to connect with different parts of myself, the creative person, the physically strong person, the quiet person and the spiritual person," Smith says.

"When I connect with nature, I also am able to tap into a sense of wonder and a deep sense of gratitude for this amazing place called Earth."