If you don't understand why using her name — Caitlyn Jenner — matters, this should help.

It's just not that hard to do the decent thing. 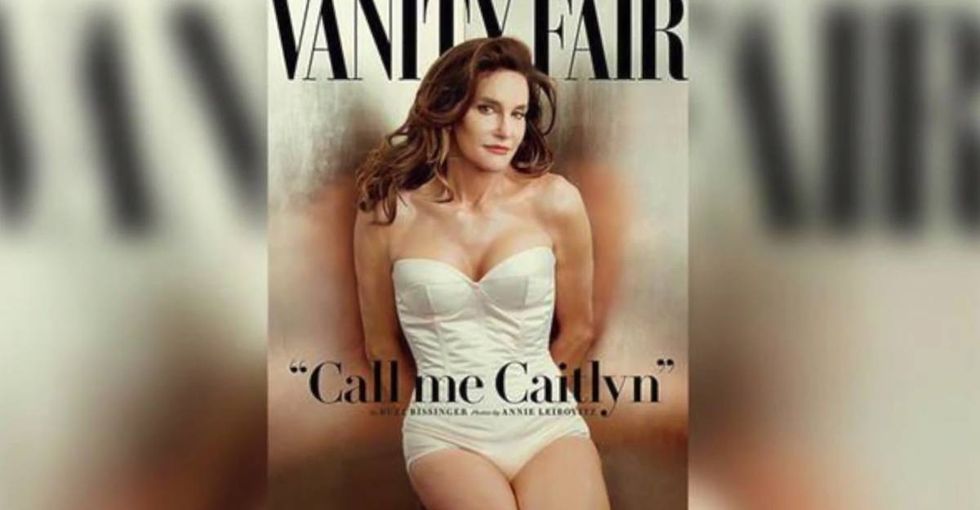 As you surely know by now, Caitlyn Jenner introduced herself on the cover of Vanity Fair.

And wow, does she look ah-ma-zing!

Just in case your Internet was down, here's a quick recap: The former Olympian, who then went by Bruce Jenner, came out as a transgender woman at the end of April in an ABC special with Diane Sawyer. At the time, Jenner said the preferred pronoun was still "he" and was still using the name Bruce.

Fast forward to June 1, 2015, when Vanity Fair released the cover of its July issue with a stunning photo of Jenner. The caption reads, "Call me Caitlyn."

So, it's pretty clear here that Jenner's name is Caitlyn.

There's even a hashtag that's trending on social media.

If you read the Vanity Fair post or pretty much anything anyone has written about the story, you'll know Caitlyn is her name. In addition, you'll know that Jenner's preferred gender pronoun is now "she."

And if you didn't know, now you do! Boom! Easy.

So simple! So straightforward!

Yet, there are those people who insist on being unkind.

"Sorry... still calling you Bruce," a former child star tweeted in response to the news. It's not just semi-used-to-be-famous people who are making immature and unkind remarks, though. Go to any Facebook comment thread about Caitlyn's Vanity Fair cover and you'll see it happening several times.

It's not funny — it's mean. It's not about political correctness — it's about respecting someone's identity.

What's the point of being ugly and hurtful?

In a new video, vlogger Nicola Foti (aka soundlyawake) says the things that need saying about intentionally misgendering someone.

Here's a good rule of thumb:

And listen, nobody's perfect. This is a learning process for so many people. That's what makes Caitlyn Jenner's openness pretty cool. We all have an opportunity to gain new knowledge here.

So if you make a mistake, keep Foti's advice in mind:

But impact is still more important than intent, so if someone is upset that you made a mistake, just apologize for your mistake. Just say, 'I'm sorry. I messed up. I'm still learning. Thank you for letting me know.'


I highly recommend this awesome commentary on why the "I'm still calling you Bruce" line is pretty much the worst. It's funny and it's true.

At the end of the day, there is so much good that will come from this.

While no one person represents an entire group of people, my hope is that the transgender community will have more visibility because of Caitlyn's openness and that we can continue to move toward a place of understanding and acceptance.

I'd say that with a response like this, it's happening.