This solution to the old how-can-we-ever-change-anything-when-we're-just-some-normal-people problem is so simple, I can't believe people didn't think of it before. Well, actually, people did think of it before but never for this issue! And thank goodness — it's not a moment too soon. 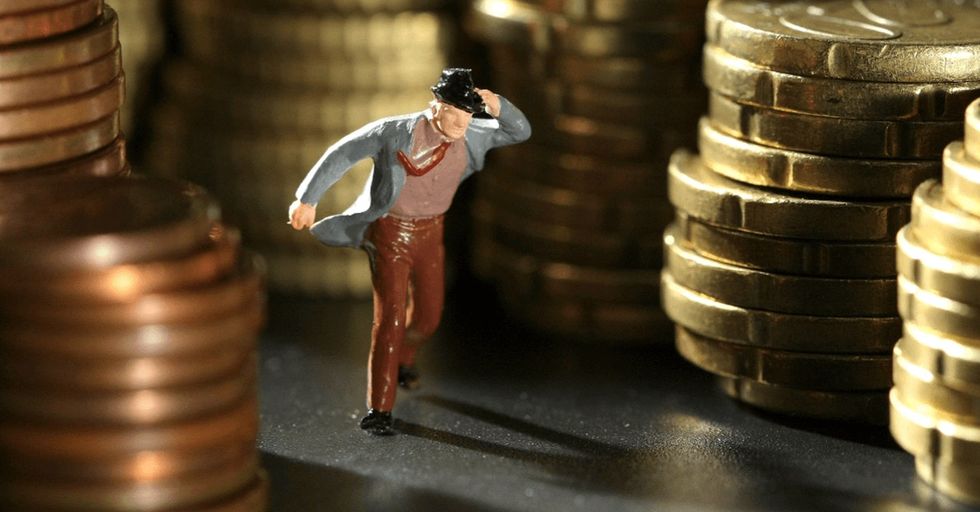 It's a super-serious word that basically means:

Let's not give our money to jerks.

After all, when we give our money to jerks, they can spend it on whatever jerky things they want, whether it's just feeding their terrible stomachs or buying the evil tools they use to be jerks.

Those jerks could be oppressive governments, shady businesses, even bands we hate (if we all stopped buying their CDs ... oh, never mind).

And that's the idea that took down the racist government in South Africa.

Because money buys political power (sad but true), it's pretty challenging for individuals to take on companies in the energy industry, which is happily and profitably zipping our planet toward a pretty unpleasant future.

But people have been asking their churches, schools, and institutions to take any money they have that's invested in fossil fuel companies and moving it elsewhere.

Slowly but surely, they're chipping away at those companies' power to be jerks (by controlling our political process and thus our future).

There's a global day of action coming in February 2015.

Check out more of the story in this video about Global Divestment Day.

So. Let's go over it more time.