Hipsters React To Being Mistaken As Homeless. Spoiler Alert: They Hate It.

This comedic hidden-camera prank raises some interesting questions. How often do you judge someone's economic status based on their superficial appearance alone? And how important is it to you that someone thinks you're financially comfortable? Would you get mad at someone for making that mistake or appreciate their effort in trying to help?Whatever the answers may be, this video is also pretty funny. 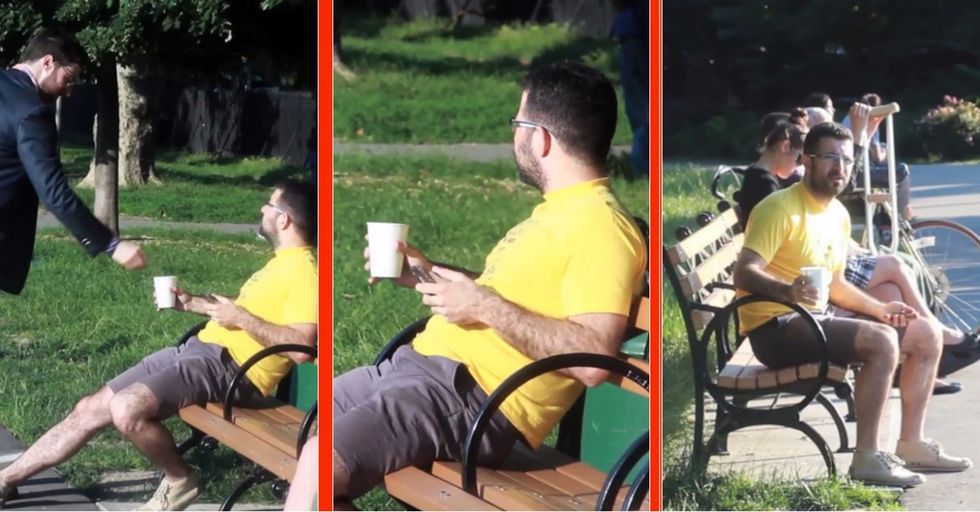