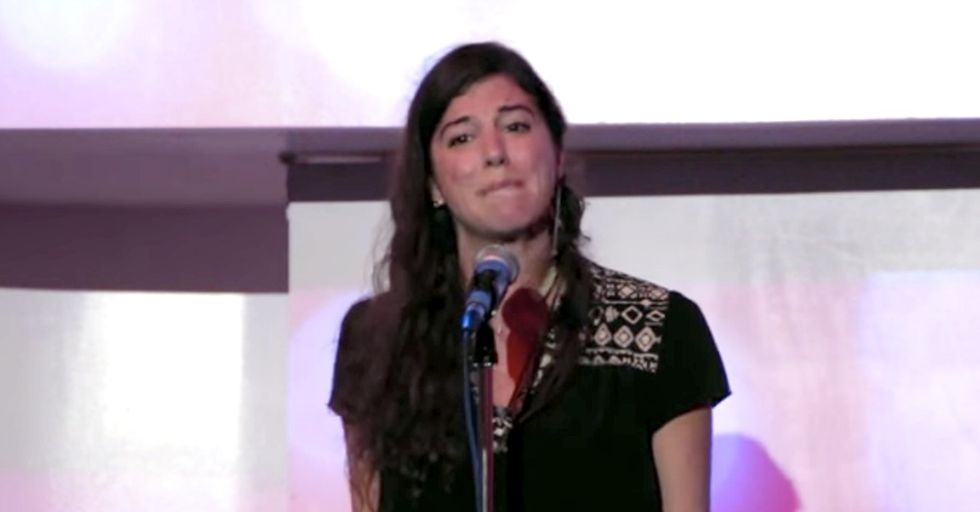 “He explained every sound and bump”

Not everyone enjoys flying. The level of non-enjoyment can range from mild discomfort to full blown Aerophobia, which is defined as an extreme fear of flying. While flying is the quickest way to get to far away destinations, for some people being that far off the ground is terrifying and they'd rather take their chances on the ground.

A passenger flying from Charlotte-Douglas International Airport in North Carolina to JFK International Airport in New York confronted that fear while flying with Delta. The woman, who is currently still unidentified expressed that she was nervous to fly according to Molly Simonson Lee, a passenger seated behind the woman who witnessed the encounter. Tight spaces don't make for much privacy, but in this case, the world is better for knowing this took place.

According to Lee, who posted about the exchange on Facebook, the Delta flight attendant, Floyd Dean-Shannon, took his time to give the nervous traveler his undivided attention. Lee told Upworthy the unidentified passenger, "was very nervous and even before the plane took off, she was visibly shaken by each sound."

A good excuse to not clean. It's for luck!

Don't sweep your good fortunes away!

Lunar New Year is one of the most important celebrations among East and Southeast Asian cultures. Unlike the Gregorian New Year, which takes place for one night, Lunar New Year celebrations last for several days and involve centuries old traditions steeped in superstition. Even the most mundane of everyday activities, when done on Lunar New Year, could decide a person’s fate—for better or worse.

Luckily, home decor blogger Wendy has given us a perfect rundown of taboo activities to avoid this Lunar New Year and thwart ill tidings—in the form of one hilarious TikTok.
Keep ReadingShow less
video
popular

Gen X advice for Gen Z: Woman shares the things she wishes 'somebody told me in my twenties’

'You date people you think you deserve. You deserve better.'

Meghan Smith is the owner of Melody Note Vintage store in the eternally hip town of Palm Springs, California, and her old-school Gen X advice has really connected with younger people on TikTok.

In a video posted in December 2022, she shares the advice she wishes that “somebody told me in my twenties” and it has received more than 13 million views. Smith says that she gave the same advice to her partner's two daughters when they reached their twenties.

The video is hashtagged #GenX advice for #GenZ and late #millennials. Sorry older millennials, you’re too old to receive these pearls of wisdom.

Keep ReadingShow less
advice
Get stories worth sharing delivered to your inbox
By signing up you agree to Upworthy's privacy policy.
Health

Doctor breaks down how to recognize ADHD in adults. The symptoms may be surprising.

"75% of adults with anxiety actually have ADHD as the cause of their anxiety."

Doctor breaks down how to recognize ADHD in adults

If it seems that everyone is being diagnosed with Attention Deficit Hyperactivity Disorder (ADHD), there may be a reason and it's likely not the reason people think. Diagnostic criteria were initially based off of how ADHD presented in white children who were mostly male, so if you fell outside of that box your diagnosis was often overlooked. This is especially true in girls who then turned into undiagnosed or misdiagnosed women.

But it's not just women who were undiagnosed since the criteria mostly included ways in which hyperactivity showed up—you know, the "H" in ADHD. But not everyone with ADHD presents with the stereotypical hyperactivity bit. Dr. Heather Brannon breaks down ways in which ADHD is missed and how to identify it in adults.

In the first few minutes of the video, Brannon drops a statistic that feels mind-boggling: "75% of adults with anxiety actually have ADHD as the cause of their anxiety." Even though I fit into that category, consider my mind completely boggled because I thought I was a rarity and my psychiatrist was a magician. Turns out, he was probably just up to date on his continuing education credits.

He scored bonus points for creativity.

When a newborn comes in, parents have to make adaptations to their lives. And to be certain, it’s a whole lot more than just baby-proofing the house. Even once beloved hobbies might have to evolve. But where there’s creativity, there’s a way.

Makenzie Waters, aka @makwaters on TikTok, shared an adorable video of her husband—clearly, a Cowboys fan, as indicated by his shorts—avidly watching a football game while Coop, their little one, stayed fast asleep.

How was he able to pull it off? With oven mitts, of course.

We've got a delightful roundup of joy for you.

From amazing artists to helpful humans, this week's roundup is full of awesomeness.

We're back with another roundup of joy this week and we've got some sweet, sweet finds. Enjoy!

1. An angel flight attendant went above and beyond for a woman who was anxious about flying.

Delta flight attendant Floyd Dean-Shannon explained to the woman what all the different sounds and movements of the plane were to help ease her anxiety. And when it all got to be too much for her, he sat down in the aisle and held her hand. Incredible customer service and simply beautiful human-to-human understanding. Love to see it. Read the full story here.