Have you heard of 'white fragility'? Here's a fake PSA to hilariously explain it.

Can you read this whole article without feeling a little defensive? I think you can. 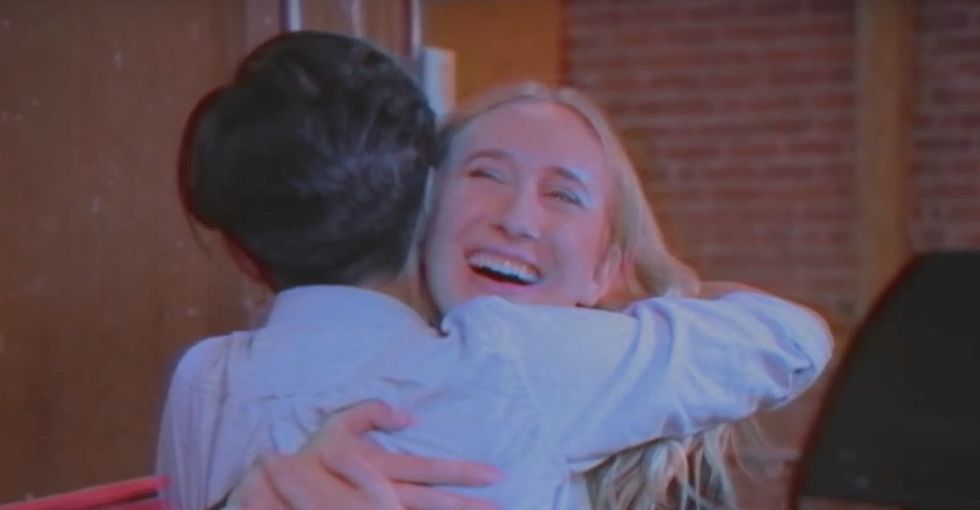 This satirical video from AJ+ called "How to Protect White People's Feelings in the Workplace" is hilarious — but, if you're white, it might make you feel uncomfortable.

FULL DISCLOSURE: I'm white. What about you? Do you find it hilarious? Let's talk after you watch it.

Did watching this video make you feel defensive? If so, there's a reason for that.

That little grumble in your gut that makes you feel uncomfortable when I bring up racism? There's a term for that. The term for that feeling might also make you feel uncomfortable or defensive. But it's just a term. It's called "white fragility." It's what happens when a white person prioritizes how it feels to be called racist over how a person of color might feel experiencing racism.

To be clear, it doesn't mean you're fragile, but if hearing that term makes you feel like closing this browser window or rolling your eyes, you might be experiencing it. The good news is, there's a pretty simple solution to feeling this way.

When you feel yourself getting defensive, tell that feeling to take a seat and try just listening to what's being said.

Unlike people of color, who are often confronted with conversations about race and have their interactions in the world affected by their skin color, white people aren't ever really forced to talk about race and racism unless they have to — usually after they've said something insensitive or, dare I say, racist, even if we didn't mean to come across that way.

Don't feel the need to rebut their argument; just think on it.

So if you do feel yourself getting defensive, try to imagine how the other person is feeling.

Think about all the hoops people who aren't white have to jump through in their head before they try to talk to a white person about things like race. If a coworker who is a person of color isn't reassuring enough when telling their white coworker to stop touching their hair, their white coworker might feel bad and think they're being called racist. Which many white people feel is the worst thing they can be called. But, it's not the same as experiencing racism, and, frankly, people of color shouldn't have be afraid to keep it real with us.

We as white people shouldn't take it personally when someone explains things to us. You're smarter than that. I believe in you! Grown-up conversations and challenging ideas are super fun!

When you feel yourself getting defensive, you could try researching the issue before responding.

If you watched the video above and felt the urge to be defensive, maybe it's time to take a step back. Don't be the white people in this COMPLETELY SATIRICAL video. Learn. Adapt. If you do, those conversations might improve in the future, which is the whole point of talking about them anyway. We can't fix it if we don't talk about it.

The next time you say to yourself, "This person of color friend speaking to me is making me confront uncomfortable ideas," I highly recommend you do three things.

Now could you maybe also share or tweet this with people and urge them not to be defensive? Because it's hilarious. And horrible. Please?