Election Night: Here's A Bunch Of Pictures Of Americans Finding Out They Can Now Legally Marry

The presidential election wasn't the only thing happening this week. On the heels of the first out lesbian Senator, Tammy Baldwin, winning in Wisconsin, a bunch of other amazing things happened. So here's a bunch of people celebrating a major civil rights milestone and their freedom to be awesome. It makes me tear up a little. I think it will make you tear up too. 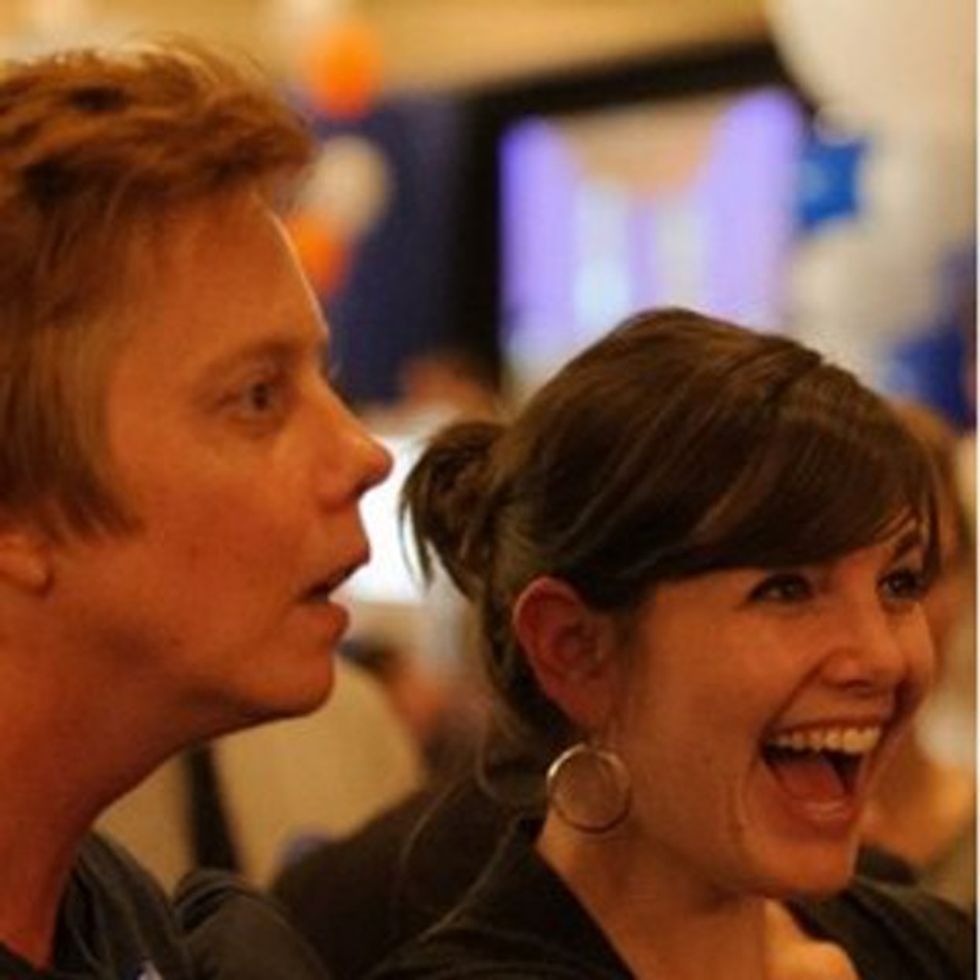 Victories came in all four states with marriage equality on the ballot. Maryland, Washington, and Maine all legalized gay marriage, while Minnesota stopped a anti-gay marriage amendment.

But first there was the last bit of campaigning.

Then there was the waiting.

The anticipation was agonizing. (Seattle Times Twitter)
Lindsey and Jessica await to hear if they can get married, after two years of waiting.

Then there was the realization.

And then there was the celebrating.

In Minnesota there were cheers and kick lines. (pennyflanagan & aubreyjdub)

And in Maine there were more of said cheers and jubilant families.

Then the marriage proposals commenced.

This Maryland couple got engaged in Chicago at Obama's headquarters upon hearing the news. (Buzzfeed)

And then our friends at Freedom to Marry celebrated too.