Dozens of people on Reddit are saying 'Thanks, Obama.' For real. 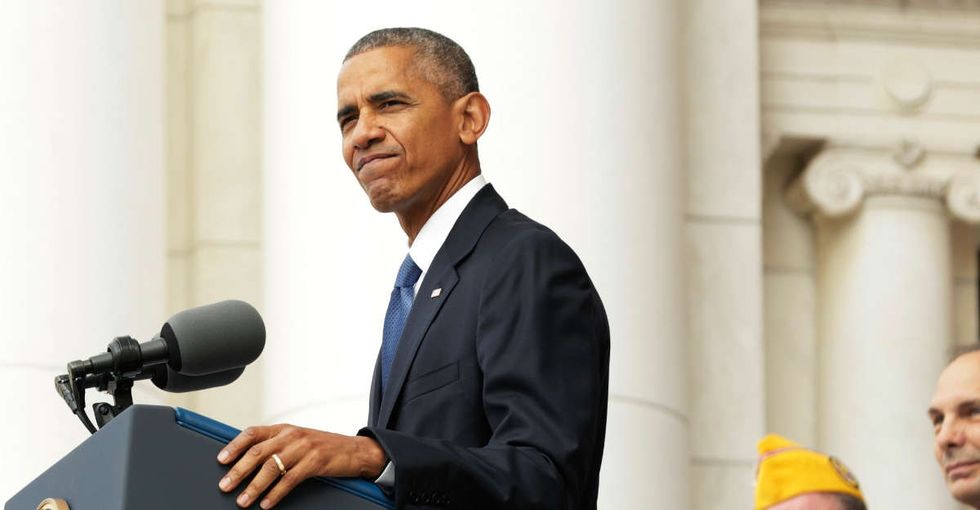 Approximately one year ago, the "Thanks Obama" subreddit was a repository for absurd memes blaming President Obama for everything from traffic tickets to snowstorms, framed as snarky, lighthearted commentary on the president's legacy.

Posts from 2015 sarcastically chide the president for posters' rough, dry feet, tearing grocery bags, and inability to unsuccessfully unwrap a muffin. The forum shut down nearly a year ago, after President Obama acknowledged the "Thanks, Obama" meme in a Facebook video. Users on the forum decided the meme had run its course.

In the wake of the 2016 presidential election, the ThanksObama subreddit has come back to life. Though today, the posts look ... a little different.

After nearly a year of inactivity, in anticipation of President Obama's final months in office, Reddit users are using the forum to finally thank him — for real this time.

Messages include thank-you notes to the president for "simply trying to do the right thing," for "being a pretty cool guy," and for keeping his cool while attending to a peaceful transition to the next administration (expressed in somewhat more colorful terms).

Users also thanked the president for "being a feminist," and they thanked Sasha and Malia Obama for sharing their dad with the country.

The list goes on — Redditors praised the president for standing up for LGBT rights:

His appreciation of the arts:

And, perhaps most importantly, for "giving us hope in dark times:"

Taken together, the thanks comprise an endearingly informal log of what the president, and the United States, have accomplished in the past eight years.

It can be easy to lose sight of the progress our country has made in just two presidential terms. In the first year of Obama's administration, unemployment had reached 10%, 20 million fewer people had health insurance, only two states had legalized marriage equality, and we had yet to commit ourselves — and the world — to doing anything significant about climate change.

In ThanksObama, policy victories like affordable health care and economic growth share top billing on the thread with less tangible positives — a White House that conducted itself with decency and dignity, a firm diplomatic style, and a lack of embarrassing scandal and drama.

It's an inspiring read, regardless of your politics.

The message to the president is clear: Sure, we may have teased you, and we didn't all agree with you all the time, but you were solid for us. You don't mind a good joke, and we respect the hell out of that.

Some things — and people — you don't appreciate till they're almost gone. Presidents are no different. For years, President Obama has been the (often self-aware) butt of a lighthearted gag. It was cool of him to be cool about it.

GIF by The White House

Now, President Obama is modeling how to say good-bye graciously, with a peaceful transition of power. Regardless of whether you ever supported the man or not, that's something to commend in a leader.