She's a technologist and a creative, and she's helping to bring internet to parts of the world that need it most. 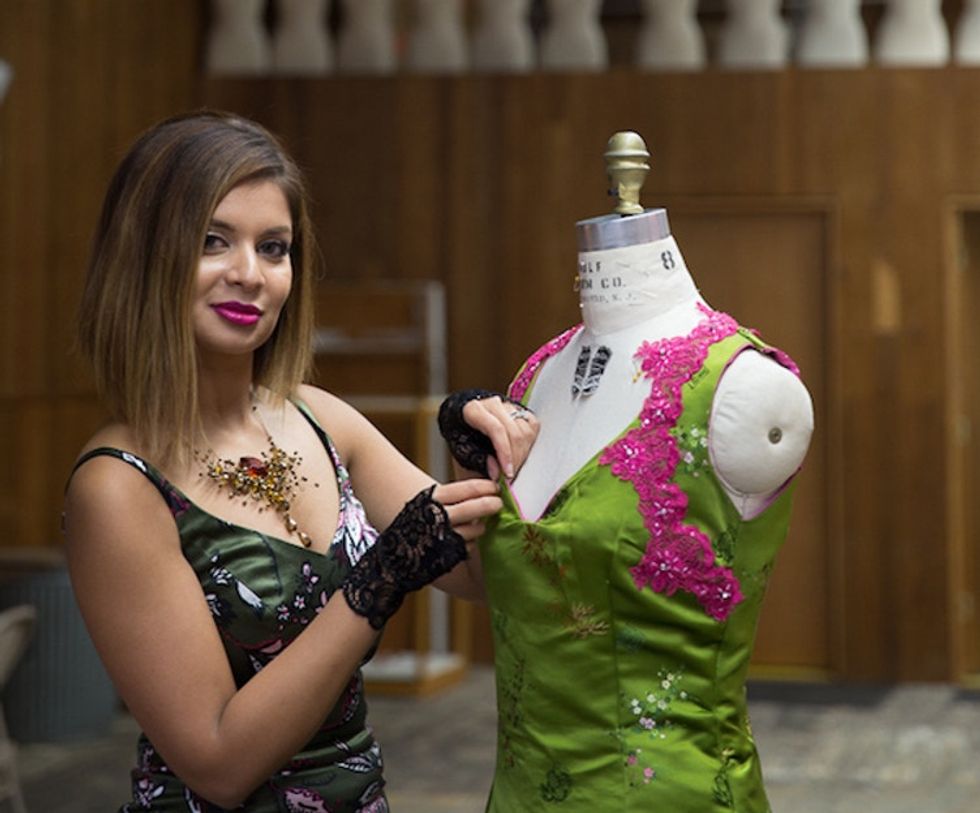 Growing up in inner-city Detroit, Dona Sarkar was mesmerized by all of the changes taking place in technology.

It was the mid-'90s: The dot-com boom was taking off and legacy industries like publishing were being disrupted by new services like Amazon. Startup after startup was popping up. The reign of the barely legal CEO was starting. It seemed like technology was changing everything, and it was changing fast.

“I realized, from reading the Wall Street Journal with my dad every day, that the only way that innovation was really going to happen, no matter what industry we were in, was through the use of technology,” says Dona.

Dona and a colleague, Leo, kicking off Hour of Code at NASDAQ in 2015. All images via Dona Sarkar, used with permission.

But she noticed one thing that was off: The changes all seemed to be led by men.

That didn’t sit right with her.

Dona decided she wanted to be at the forefront of that innovation. She wanted to make sure there were women leading the charge too.

One problem: Dona grew up without much exposure to technology, and before college, she hadn’t really even touched a computer. But she wasn’t fazed.

In college, Dona signed up for a computer science class, ready to take on the tech industry. But she failed that class. Badly.

Dona could have packed her bags and retreated, but instead she reminded herself that things take time.

Dona showing an entrepreneur in Africa how to use HoloLens.

So Dona signed up to take the class again. She got better. Whenever she ran into difficulty, she made it a point to give it her best. And with that mentality, she plowed forward.

She builds holograms at work and makes Microsoft technology seamless and intuitive for the user. And she points out that technology is no longer a silo. It’s a part of everything we’re doing. We’re all “in tech” to a degree — we use technology to communicate with each other. Businesses use it to communicate with customers and to improve internal and external processes. There’s no escaping it.

Dona hard at work on one of her designs.

As a technologist and a creative — Dona also runs a fashion blog and has published four fiction novels and one nonfiction book — she has seen the way technology is ingrained into other industries firsthand.

When she entered the tech industry, Dona was cautioned by other women not to speak about fashion or wear heels to work. They meant well, but Dona refused to change — not just for herself, but for the women who’d follow her.

Putting the finishing touches on one of her designs.

What’s next for the woman who, in spite of initial failures, has taken the tech world by storm?

Dona wants to make technology accessible to every single person on the planet, so she spends a lot of time traveling the world, using advances in technology to bring the internet to the places that need it most.

Dona, speaking at a fellowship in Nigeria in which she helps young entrepreneurs turn their ideas into viable businesses.

She knows this last goal will probably be a lifelong one. But she thinks it’s important to give people the power to control their own destinies. And she believes that technology has helped to start leveling the playing field for women. There aren't gatekeepers in tech. A woman can go online and learn how to code in the privacy of her own home without anyone's approval or blessing.

In other words, access to technology means opportunity. And Dona is determined to be a part of making that possible. For everyone.

Dona is a testament to what can be accomplished through computer science skills. The options are limitless.

Yesterday marked the beginning of Computer Science Education Week, when millions of kids around the world will dip their toes into the world of coding. Microsoft is committed to ensuring everyone — especially young girls — has access to computer science education resources so they too can unlock the power to imagine and to create with technology.