Black Girl Makes History. White Man Asks Her Why She Doesn't Do Something More 'Female Friendly.'

Mo'ne Davis and her 70 mph fastball made history and the cover of Sports Illustrated, but she still has to deal with people like this gentleman. I'm sorry, Mo'ne. High five to you for the look you gave him. 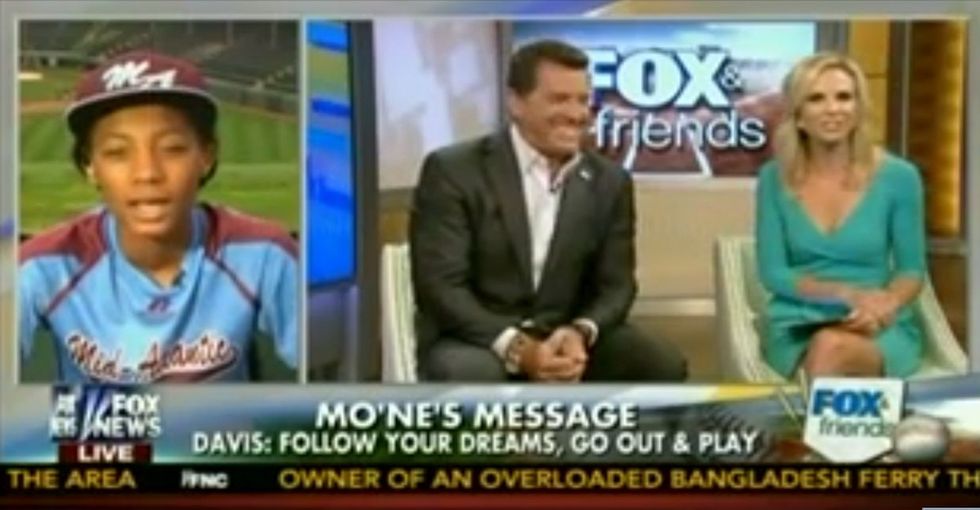 Many sites, including Media Matters and Mic, saw this clip as an example of sexism, pure and simple. Viewing it as only about gender misses a bigger problem: We have a human (on the left side of the screen) who is doing something extraordinary and another human (over in the middle) who doesn't take that person seriously, for any number of reasons. Maybe it's gender, right? He does imply that baseball isn't for girls, after all.

But she's also black, and he's white. Her experience as a girl can't be understood apart from her experience as a black girl. The fancy word for this is intersectionality — the way biases are so thoroughly intertwined you can't separate them out. Here is a helpful cartoon that explains it well.

Here's another idea: Maybe it's age. You'll note, she's a black girl and he's a white man. Plenty of people act like kids don't need to be treated like humans just because they're kids.

So, we have Mo'ne Davis facing someone who doesn't think she needs to be treated like a powerhouse because she's a young, black girl. Good on her for responding with such total poise.