Being a 'good man' is not a defense when someone is accused of sexual assault. 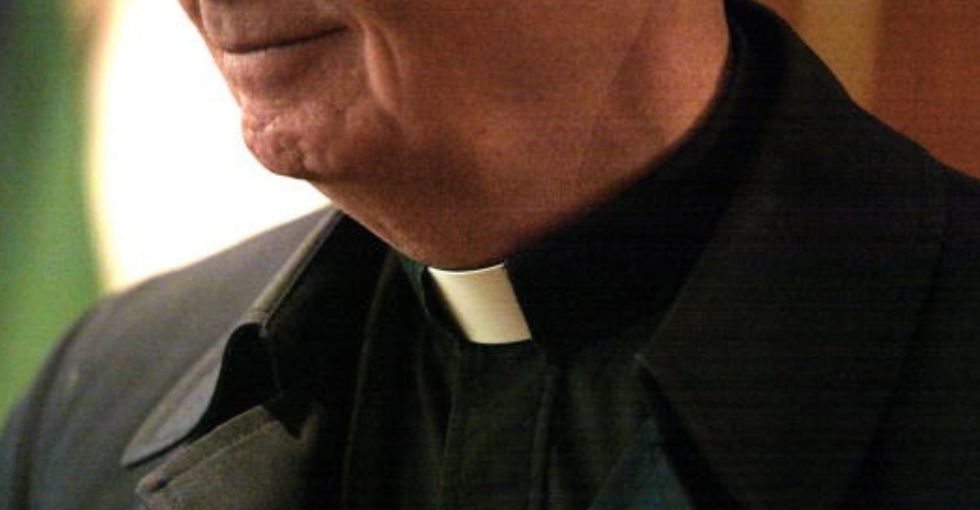 Whenever a well-respected man is accused of sexual assault, people who know him as a "good man" step up to defend him.

It's understandable. We all want to think we really know the people we know, and when someone has shown us that they are upstanding citizens, it's hard to imagine that they could do something horrible.

But time and time again, we've seen "good men" get caught with their pants down—figuratively and literally. And until we get past the idea that a community helper who serves others selflessly cannot also be an abuser or sexual predator, we are going to keep believing the wrong people more often than not.

Cases in point: Priests who abused children, impregnated minors, procured abortions—and the bishops who allowed them to keep working.

The Pennsylvania grand jury report on sex abuse in the Catholic church has revealed some stories that should make us question what we think we know about good men.

For example, the priest who raped a girl repeatedly and then assisted her in getting an abortion when he impregnated her was probably a good man in many people's eyes. He was a priest, after all. No doubt he aided the poor, visited the sick, comforted the grieving, and offered sage counsel. I'm sure many people admired and respected him and the work he did.

But that doesn't mean he didn't have sex with a child.

And the bishop who, upon hearing about this priest's predicament, sent a letter to him saying, "This is a very difficult time in your life, and I realize how upset you are. I too share your grief," and then recommended him to minister in a different area of the country—he was undoubtedly a wonderful man in many people's eyes too.

All of the priests who molested choir boys and the higher clergy who covered it up were probably awesome, highly respected citizens in their communities.

Rhoades announced in August that he would compile and release the priests’ names in response to a grand jury’s find… https://t.co/ZSnIGcL2YZ
— Deanna Allbrittin (@Deanna Allbrittin)1537302906.0

The terrifying truth is that "good men" make the best predators.

Bill Cosby was everyone's favorite dad. He gave to charities and worked to help young black men lead better lives. He was also a serial rapist.

Boy Scout leaders have molested children—and most of them were literally Boy Scouts. Clergymen, teachers, civic leaders, politicians—these are all people who are serving the community, but that doesn't not mean that they couldn't possible be abusing their power and preying on the unsuspecting behind closed doors.

Being a "good man" is not a defense when someone is accused of sexual assault. It's just not. In fact, those are the men who most often get away with it because who would believe that a man who ministers to the needy, who exemplifies righteousness, who gives time and money to charity could do something heinous? But it happens all the time.

Most "good men" aren't predators and not all accusations are provable. But the statistics tell us who we should lean toward believing first.

I know some really wonderful men, and it would throw my world into a spin if any of them were accused of abuse or assault. But I wouldn't automatically dismiss an allegation simply because I know someone to be a good man.

Statistically, it's much more likely that an incident of reported assault actually happened than not. According to the National Sexual Violence Resource Center's review of the research, between 2.1 and 7.1% of sexual violence reports turn out to be false. Even at that, the center asserts that those numbers tend to be overinflated because of inconsistencies in reporting protocol and unclear definitions of sexual assault.

The truth is that most sexual assaults go unreported, most allegations turn out to be true, and alleged victims have a lot to lose by coming forward with an accusation. So when someone does come forward, the societal default should not be based on the legal imperative of "Innocent until proven guilty." It should be based on the statistical reality that tell us "Chances are the accuser is telling the truth."

Too many "good men" have done bad things for us to use character perceptions as a meaningful defense.