Been Feeling Irritable And Exceptionally Lazy? Acting Like You're Drunk? Here's How To Fix That.

I used to say sleep is overrated because I didn't get enough of it, and I figured: Why not embrace the tiredness? It's a pithy line, but science backs up the bags under my eyes and says it's not overrated. 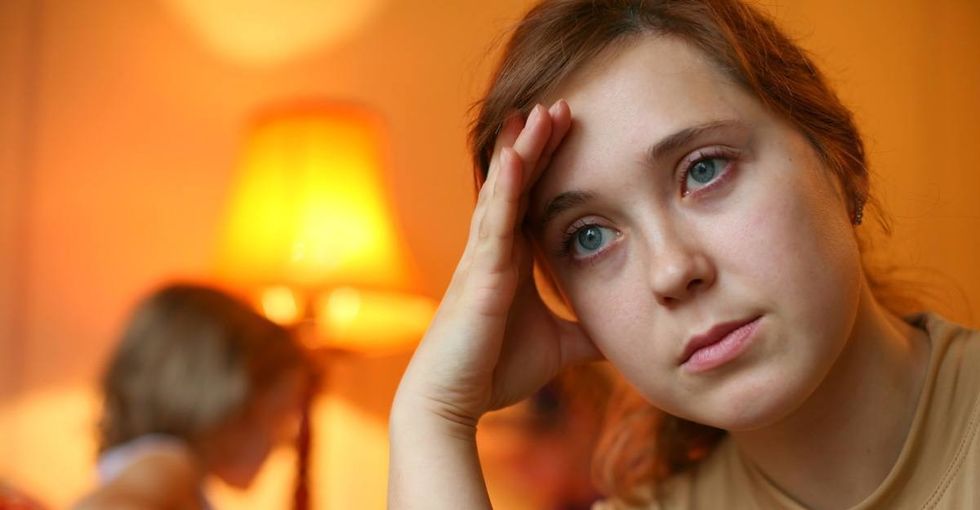 In fact, sleep is quite important. Let's talk details.

We know, it hurts.

Not getting enough sleep is rough. You can feel cranky, easily distracted, and, well, tired. How much sleep do you need? What if you're "behind" on sleep? Is it actually possible to "catch up?" (So many important questions!)

Researchers did a study and learned some stuff. They assigned groups of people to get four, six, or eight hours of sleep. After 14 days, they checked out how things were going. The participants who got eight hours of sleep showed few attention lapses or cognitive issues. Basically, their "I'm totally present!" game was on point.

The six-hour group "showed a similar reaction time to a person with the blood alcohol concentration of 0.1%, which is considered legally drunk." So yeah, that's not good for your ability to focus during important things like, say, driving.

And what about those who only got four hours? Well, some of those people actually fell asleep during their cognitive test. Whoops. So, basically, eight hours is better than six. And six is better than four. But there's more.

That's not all there is to discuss. Learn more, like whether you can catch up on sleep. And remember, sleep is not overrated.

Just a note that correlation doesn't always equal causation. Medical issues could cause people to sleep too little or too much, and those medical conditions could be related to increased mortality rates. Or it could be that not getting enough or getting too much sleep contributes to the greater likelihood of dying. So far, it's hard to say based on the studies that have been done. So I think I'll just err on the side of caution and try to get some more ZZZZs.