An 8-year-old girl rescued from abusive parents wrote the sweetest note to her social worker heroes.

"I think that if you never helped me my life would still be awful and lonely. Because they might not help me, not feed me or they would hit me when I cried. But now I'm much better. I now have a safe happy environment."Trigger warning for discussion of child abuse. 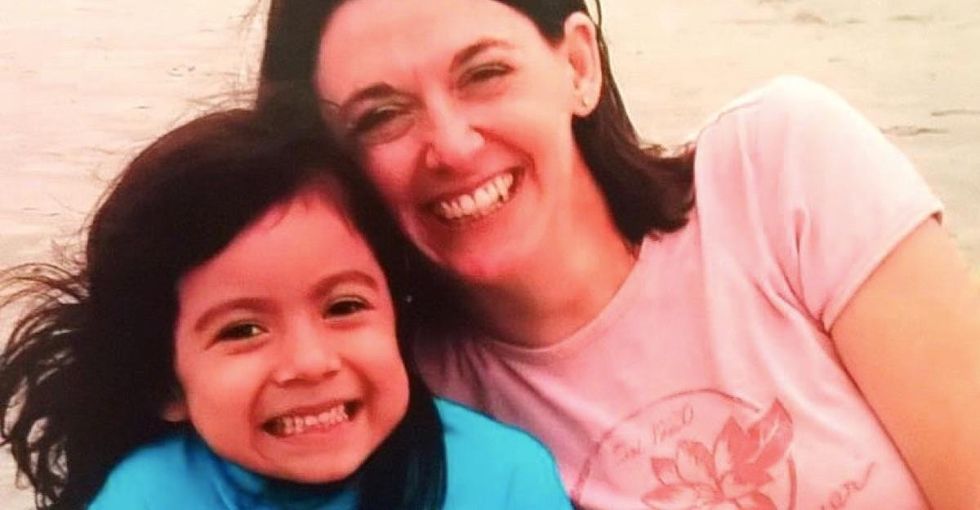 When she was just 8 months old, Marie was admitted to Children's Healthcare of Atlanta, bringing with her injuries that would affect the rest of her life.

Marie's mother and her boyfriend were arrested. She was placed in the care of social worker Michelle Surprenant, who would eventually adopt her.

Though she's unable to walk, Marie has enjoyed a happy and healthy life.

Now 9 years old, Marie wants to let the world know just how special the detectives and social workers who helped her are. At age 8, she decided to write a letter to the people who helped her so much as a small child.

I want to thank you for making me happy by giving me a new warm and safe environment. Now I have a home that is nice, and I have three nice meals a day. This is Marie Rose Surprenant. When I was a baby I got hurt and you were on my case. When I was little I got hurt and I wasn't going to walk at all. I couldn't walk because my spinal cord was broken and couldn't be fixed. So they asked how I got hurt in the ER. But I lied and said that I fell out the bed. So then that's when you got involved and solved my case and not letting the bad guy hurting me or anyone else.

I think that if you never helped me my life would still be awful and lonely. Because they might not help me, not feed me or they would hit me when I cried. But now I'm much better. I now have a safe happy environment. I'm also around smart people.
Now my life is much better. But the only thing that drives me crazy is our pet dog is named Jo. She snores as loud as a vacuum and sounds like an old man. I also have two cats their names are Gypsy and Mr. Fluffy. Gypsy is grey all over and has green eyes. She likes to play with yarn mice, she likes cat scratchers, she is very curious and likes to watch what we are doing all the time.

And Mr. Fluffy is a black and white cat with green eyes too. He likes to sleep on his beach chair all day from 10 a.m. to 5 p.m. But he's active at night. I love pets but I love lizards. My favorite lizard is a bearded dragon. My class has a class pet that is a bearded dragon his name is Mr. Cuddles.

I wish that you keep doing what you do to make the world a better place and to make kids feel protected. I also wish that no matter how big or small the case is you will at least try and help the kids.

"Her future looks bright, and we know very well that none of this success would have been possible without the amazing team of social workers, detectives and medical staff in Atlanta. Thank you for being the stepping stone that this little, baby girl needed." — Michelle Surprenant

This is Marie's story, but it's also that of so many others.

According to Children's Healthcare of Atlanta, roughly 1 in every 50 infants is the victim of child abuse each year. Additionally, they estimate that 1 in 10 children will be sexually abused by the time they reach their 18th birthday.

Social workers save lives, and though most won't get the credit they deserve, they keep working away to create a better world for those they care for.