Americans should learn what 'jihad' really means. Uproar over a recent speech shows why. 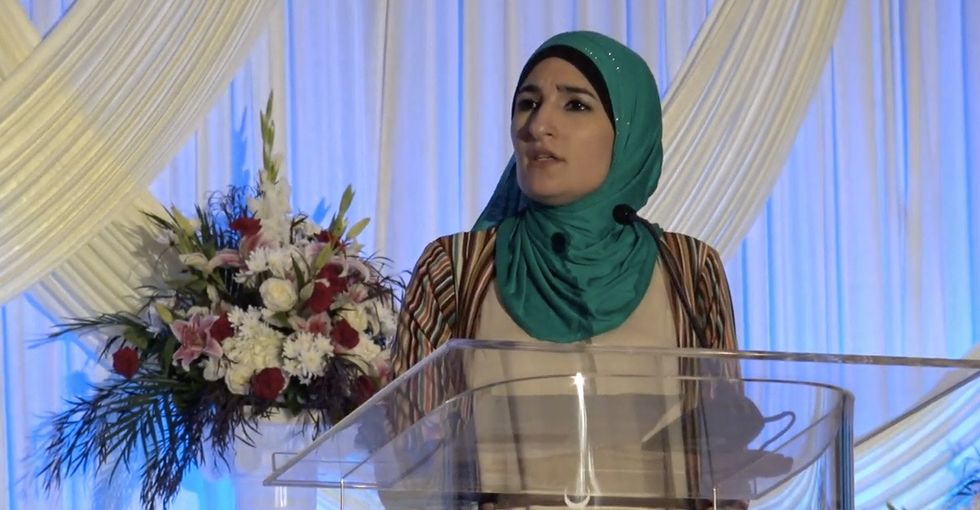 "Jihad" is a loaded word, especially when you rip it from the context in which it's being used.

After a video of Muslim activist and Women's March organizer Linda Sarsour went viral, headlines began popping up around the internet claiming she had called for a "jihad" against the Trump administration, with some going so far as to try to link her to violent acts of terrorism.

Yes, she said "jihad" in her recent speech to the Islamic Society of North America. No, it doesn't mean what many of these outlets are trying to suggest — especially in the context she said it.

Sarsour called for nonviolent resistance to harmful people and policies within the Trump administration.

The nearly 23-minute speech touches on organizing, activism, building bridges within the community, standing up to oppressors, and a host of other topics that are well worth a watch if you've got the time. The key moment that seems to have been left out of many of the more sensational reports came when she actually defines "the best form of jihad" as "a word of truth in front of a tyrant ruler or leader."

All GIFs from s khalil/YouTube.

"There is a man who once asked our beloved Prophet Muhammad ... he said to him, 'What is the best form of jihad or struggle?'

And our beloved Prophet Muhammad ... said to him, 'A word of truth in front of a tyrant ruler or leader, that is the best form of jihad.' I hope, that when we stand up to those who oppress our communities, that Allah accepts from us that as a form of jihad, that we are struggling against tyrants and rulers, not only abroad in the Middle East or the other side of the world, but here in these United States of America, where you have fascists and white supremacists and Islamophobes reigning in the White House."

It's long but worth a read, starting here. He also shared a link to a resource about the efforts of terrorists to co-opt and pervert the term to mean something it's not.

Wherever your beliefs fall on the political spectrum, it's worth standing up for Sarsour on this. Because anything else is, as President Trump would say, "fake news."

My work is CRYSTAL CLEAR as an activist rooted in Kingian non-violence. This is y my teams r effective cause we r powerful w/o violence.
— Linda Sarsour (@Linda Sarsour)1499369308.0

It's a tough time to be Muslim in the U.S., and Sarsour is trying her hardest to strengthen the community's resolve to stand up for their rights as Americans to practice their religion freely and without fear.

"It's my duty to instill courage in Muslim communities, to motivate them to join the non-violent resistance against this administration and to always be unapologetically Muslim, because we have every right to be," Sarsour writes in a Twitter message. "The morale of Muslims is low, my mission is to lead by example with conviction."

Watch Sarsour's entire speech below. Regardless of your religion or political perspective, there's certainly a lesson we can all take from it.