After an elderly man rescued a drowning 8-year-old, he realized something incredible. 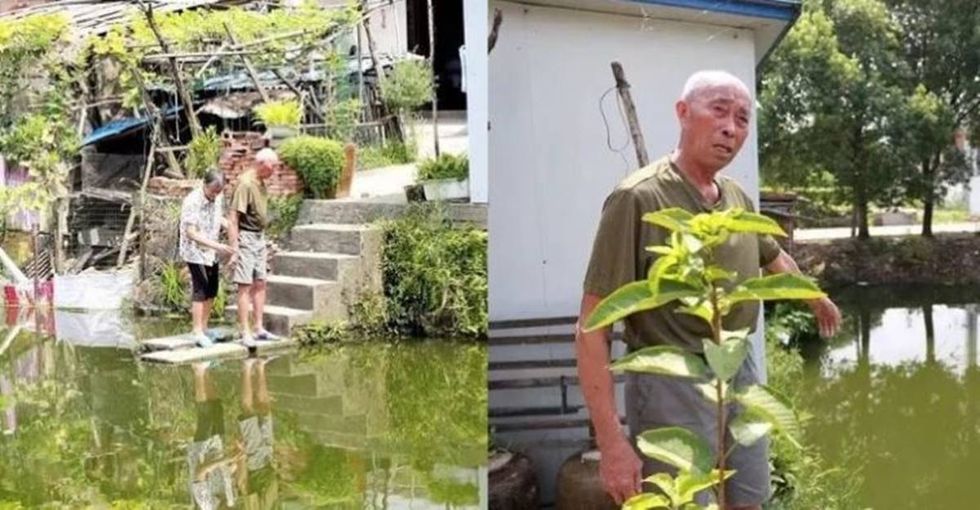 There’s a family in Jiangsu province, China that owes its compete existence to an 80-year-old-man named Xu Weifang.

An eight-year-old boy was playing with his grandmother beside the river near Xu’s home. The boy accidentally slipped and fell into the water and didn’t know how to swim.

Xu and his wife heard the boy's screams, ran out to see what was wrong and saw him struggling to keep his head above water.

Xu was still recovering from injuries he sustained after a fall two years ago, but without hesitation, he lowered himself into the river and pulled the boy to safety.

The boy was later taken to a hospital.

This wasn’t the first time Xu had saved a member of the boy’s family. Thirty years ago, he saved his father from drowning in the same river.

“When I was younger, her son [the boy’s father] was drowning in the river and I jumped to save him,” Xu recalled. “Now that I’m old, I can’t jump anymore.”

Recently, an 80-year-old villager in Jiangsu province risked his own life by going into a river to rescue a drownin… https://t.co/OApQ1Ss840
— ShanghaiEye (@ShanghaiEye)1533875083.0

Over the years, Xu and his wife have rescued four other people from drowning in the river.

Now that they’re getting up there in age, maybe it’s time the community started a swim school.