A trans mom tells her heart-wrenching life story to her daughter in this animated video. 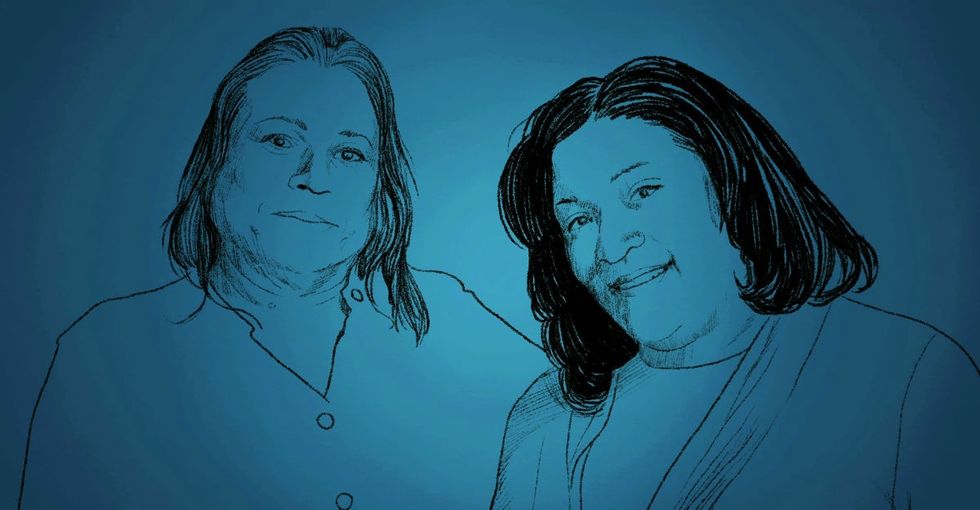 When Alexis Martinez first came out to her mom as transgender in the 1960s, her mom called the cops.

After the police showed up, things went from very bad to much worse. Instead of offering any form of support or guidance, the officers shrugged off the incident, ridiculing her family while they were at it.

“They just laughed and told her, ‘you got a fag for a son, and there's nothing we can do about it,'" Martinez recalled to StoryCorps five decades later.

In this powerful, animated video of Martinez's story, she tells the turbulent — but ultimately hopeful — journey of her life to her daughter, who's grateful that her mom can live freely in her own skin:

Although Martinez's story of parental rejection is decades-old, it's still one that many young trans people know all too well.

These problems, of course, aren't inherent — they stem from widespread societal transphobia, which bleeds into many facets of everyday life. And it's a formidable form of bigotry that, many times, starts right at home.

Life was tough for Martinez. She put on a facade after initially coming out, trying to hide her identity with a heavy dose of machoism. She joined a gang on the South Side of Chicago where she grew up, hoping others would see her apparent toughness and not her true self — or the outfits she chose to wear underneath her rough exterior.

"I would be wearing combat boots and blue jeans and a leather jacket," she said. "But underneath, I would have stockings and a bra."

"I remember it as a very dark period. I really didn’t believe that anybody could love somebody like me," she explains in the video.

Fortunately, Martinez — now a happy grandma with a healthy relationship to her family — is in a much better place.

“You don’t have to apologize, you don’t have to tiptoe," Etherly tells Martinez in the video. "We’re not gonna cut you off. And that is something that I’ve always wanted you to just know: that you’re loved."