A mom's hilarious viral video answers the question 'Why do you have so many kids?' 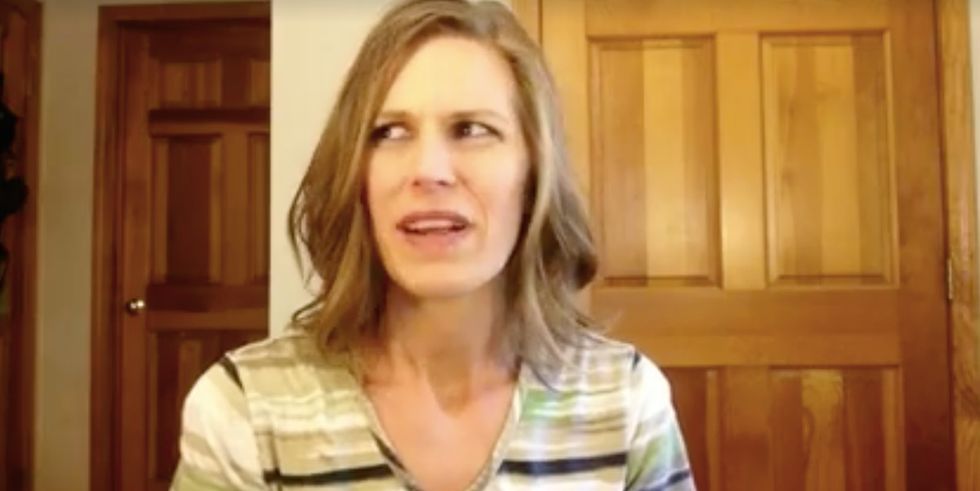 Jenny Evans is a mom to six kids. And, yes, she knows that's a lot.

That doesn't stop people from asking her, though. The kinds of comments she gets from friends and even from complete strangers would have you thinking she hadn't actually thought this whole "six kids" thing through.

"One of the questions I get asked constantly as a mom of six is 'Why do you have so many kids?'" she says.

Surveys show that the average American thinks two or three kids is ideal. So six seems to absolutely blow people's minds, and they feel compelled — nay, entitled — to receive an explanation. Evans is sick of it.

In a hilarious video posted to her Facebook page, Evans tackles the absurd question with the, uh, thoughtfulness it deserves.

In the video, which has since gone viral, Evans feigns a moment of realization: "That's a good question. Why do I have so many kids?"

She then launches into a tirade of satirical answers she might offer well-meaning strangers who ask her about the size of her family.

At the very end of the video, Evans briefly touches on the reason she has six kids. The real reason, that is.

"It's because I like them," she says in the clip.

"We never had 'a number' or consciously decided we were going to have a big family, but simply made room for one more whenever we felt like we could," Evans told ABC News. "Having a new baby join the family and watching everyone's relationships with everyone else grow is the most amazing thing. I just never get tired of that."

Americans are actually having fewer kids overall these days, so concern about over-population and resources is wasted on questioning one individual family's choices. Besides, we shouldn't judge, shame, or question people who have lots of kids while simultaneously stigmatizing people who choose not to.

Evans' video is simply a fun reminder to live and let live. Having no kids is fine. Having six kids is fine. So is seven or eight or however many you choose to — or not to — have.

At the end of the day, it's as simple as this: How you choose to build or define your own family isn't a choice you should have to defend.

Check out the rest of Evans' hilarious responses (all of them!) in the video below:

When People Ask "Why Do You Have SO MANY Kids?!"

I've been asked way too many times why I have so many kids. You asked for it, people.