Choosing to have kids or not have kids is no one else's decision but yours. 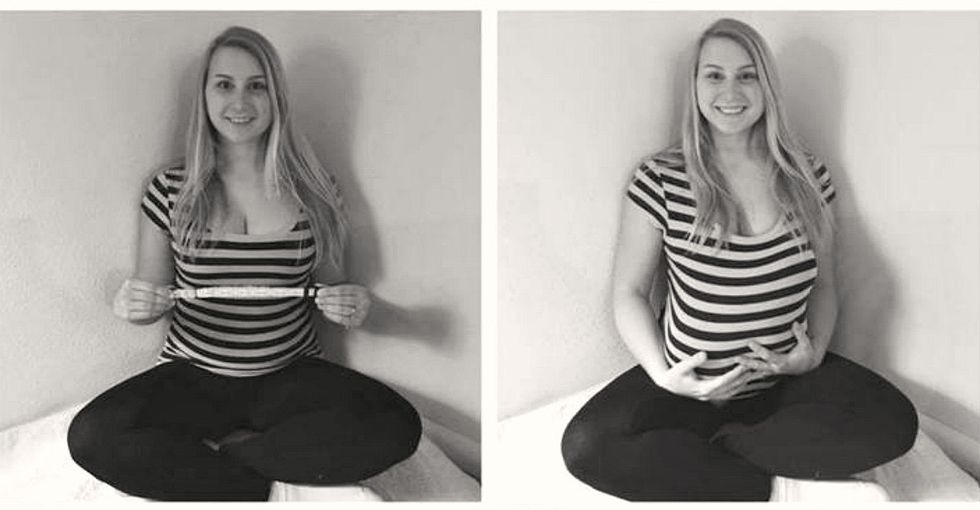 This article originally appeared on 12.19.16

"When are you guys going to start having kids?"

The pressure really started to mount when the pair, who've been together for eight years, got married three years ago. While Carrie loves kids (she's an elementary school teacher, after all), she and Nic simply aren't interested in having kids of their own. Now or ever.

"It's not what I was meant for," explains Carrie in a Facebook message. "It's like, I love flowers, and everyone loves flowers. But that doesn't mean I want to grow my own. I'm perfectly happy admiring other people's gardens."

Carrie wanted to tell her family that they don't plan on having kids but knew if she did, they'd say something like, "Oh you'll change your mind one day!" and that pesky question would keep rearing its ugly head.

Rather than continue to deflect the question over and over, Carrie decided to do something a little bit different.

Since the couple was adding another mouth to feed to the family, they decided to announce it with a series of maternity-style photos, revealing the twist: The new addition was a puppy named Leelu, not a baby.

"My husband and I have been married 3 years and everyone is bugging us about having a baby. Close enough right?" she captioned the photos.

Her pictures went insanely viral, with many of the commenters giving her props for hilariously addressing the dreaded "kids " question.

"If you don't want kids, don't have kids. Seriously. Have fun with each other. I had three kids early and it's all about them now," wrote one user. "I wish people would just mind their business raising a kid ain't easy and cheap," wrote another.

"I got my husband a vasectomy for his birthday this year. Best gift ever," chimed in a third.

Carrie was overwhelmed and inspired by the viral response. "Having children is definitely a hot topic, and one that is evolving in this generation like so many other social issues," she says. "It's exciting to find others that feel the same way I do."

Carrie is hardly alone in not wanting to have kids — in fact, a record number of women are choosing not to have kids today.

In 2014, the U.S. Census Bureau's Current Population Survey found 47.6% of women between age 15 and 44 had never had children, which is the highest percentage on record. Despite the numbers, however, because we still live in a patriarchally-driven society, women regularly face the expectation that they should be mothers, and they often are judged if they decide not to be.

Whether you want to have one kid, five kids, no kids, or a puppy, the choice should be yours and no one else's.

No one else has the right to put pressure on you to change your body and life in a drastic way. Thankfully, because of women like Carrie — and partners like Nic — who aren't afraid to bring the subject out in the open, the expectations are slowly but surely changing.

From Your Site Articles
Related Articles Around the Web
Pop Culture