A million species face extinction—and the threat to humans reminds us we're all connected. 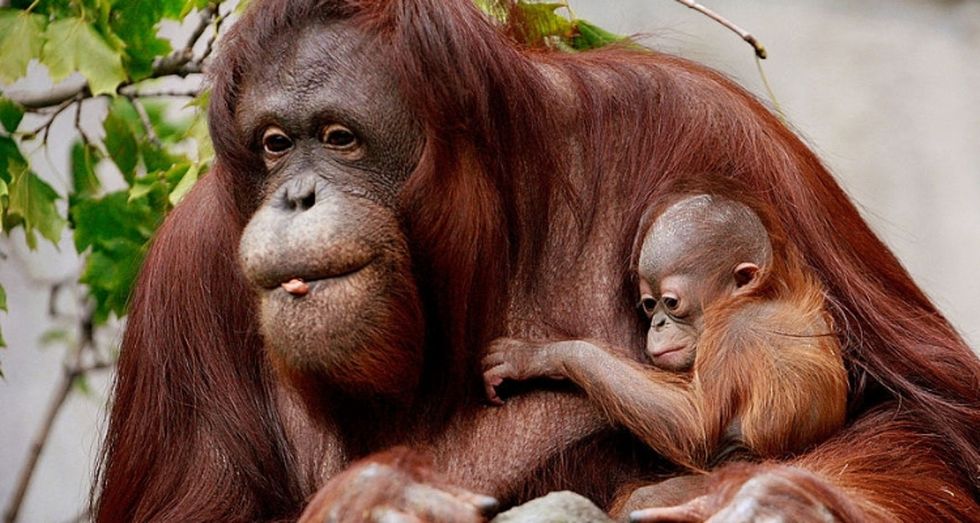 Throughout our planet's history, plant and animal species have died out—but not like this.

Earth has faced mass extinctions before, but she is now staring down a threat to life that she's never faced. With a population that has doubled since 1950, a global economy that relies on industrialization and consumerism, and our modern addiction to convenience, the impact humans are having on nature is significant and startling.

According to a new report from the U.N. Intergovernmental Science-Policy Platform on Biodiversity and Ecosystem Services (IPBES), about a million plant and animals species are now on the verge of extinction. Nearly 150 authors from 50 nations compiled the report over a period of three years, as 300 contributing authors helped to estimate future effects of economic development on the environment.

Let's just say those future effects are not looking good.

“The overwhelming evidence of the IPBES Global Assessment, from a wide range of different fields of knowledge, presents an ominous picture," said IPBES Chair, Sir Robert Watson. “The health of ecosystems on which we and all other species depend is deteriorating more rapidly than ever. We are eroding the very foundations of our economies, livelihoods, food security, health and quality of life worldwide."

We can't destroy the environment without destroying ourselves.

Some people complain when environmentalists seem to focus more on endangered animals than on immediate human challenges, such as poverty or hunger. Why focus on saving coral reefs when people are dying preventable deaths?

But the long view clearly connects the fate of plant and animal species to our own. Destroying habitats and ecosystems doesn't just threaten wildlife—it disrupts the systems in nature that we rely on for things like food and water. Hunger and thirst have a way of making people desperate—and violent. Throw in diseases perpetuated by malnutrition and the security issues our military leaders have attributed to climate change, and these endangered species no longer seem like such an afterthought.

In fact, Watson says that the implications for humans is the most vital outcome of the report.

“The most important thing isn't necessarily that we're losing . . . 1 million species — although that's important, don't misunderstand me," Watson said during a teleconference, according to the Washington Post. “The bigger issue is the way it will affect human well-being, as we've said many times—food, water, energy, human health."

Ironically, our industrial efforts to feed ourselves may be leading us toward greater food insecurity.

There are multiple manmade reasons these species face extinction, most of which are intertwined. But a big one is our farming, fishing, and food preparation practices.

Pollution and overuse of fossil fuels has contributed to rapid climate change and ocean acidification, which in turn impact our ability to fish sustainably. Overfishing has depleted many aquatic species, affecting aquatic food chains. Forests are being replaced by farms to feed a growing population, but we destroy the balance of nature in the process. That imbalance, in addition to the pesticides used to protect crops, affects insects that we rely on to pollinate our crops.

In a bizarre bit of human contradiction, we're killing ourselves to feed ourselves. And it's catching up to us quickly.

Scientists tell us it's not too late to act, but we do need to act—and convince our governments to take the lead.

Many people have become immune to warnings when it comes to the environment, especially as many politicians use climate change as a political football instead of a reason to unite. Some people think the U.N. is on some mission to control the masses and that governments are using climate change as an excuse to bilk us out of our hard-earned dollars.

That's why you listen to scientists, not politicians. And the vast majority of the world's scientists—the people who study this stuff as their life's work—agree that we have to figure out a more sustainable model of human activity or risk our own safety and security.

However, he added, “we have a much better understanding of the links between climate change, biodiversity, and food security and water security."

It's long past time to start putting that knowledge into meaningful action. Let's encourage our governments to work together on a collective plan to save the earth's endangered species—before we become one of them.