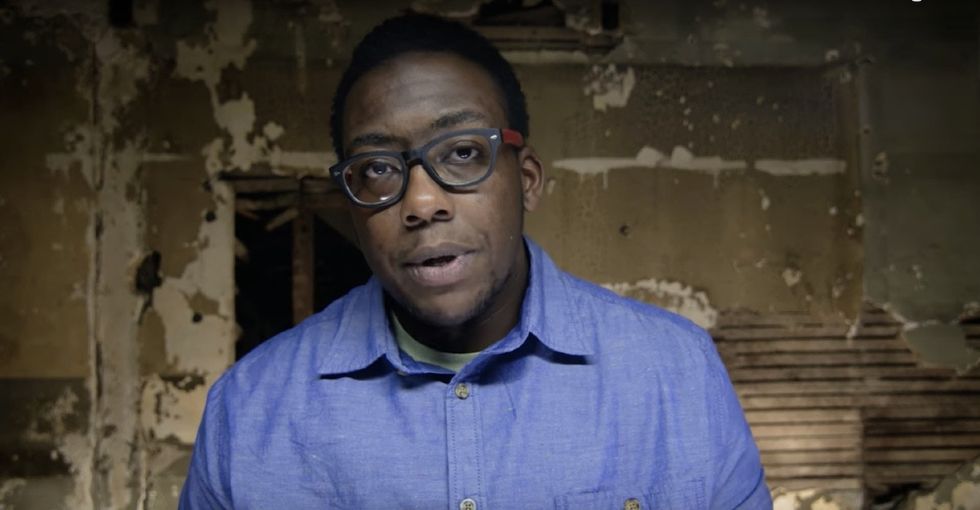 Officer Morgan Givens sat in his squad car, holding his police-issue gun against his temple.

"I made a bet with myself," he recalls. "If the dispatcher called me in two minutes, I wouldn't do it. And then 20 seconds before those two minutes were up, she sent me to an assault in progress. And you can't ignore those calls."

His life had been saved thanks to a dispatcher's call, but if not for a work acquaintance's urging to get help for his depression, he may not be alive today to tell this story.

It can be really hard to talk about depression and even harder to ask for help.

Everybody knows what it's like to have the blues, to feel down about something. But for millions of people with depression, it's more than that — it's clinical depression, and it can consume the whole of your existence.

Each year in the United States, its estimated that more than 40,000 people will die by suicide, many of them due in part to depression. One of the reasons for this has to do with the fact that society continues to treat depression as a weakness or personal failing rather than what it really is: an illness.

It's that stigma around depression that makes publicly speaking out about it an act of bravery in its own right.

By sharing his story, Morgan is helping break down that stigma, and in doing so, he hopes he can convince others to do what he struggled so hard to do: reach out and get help.

Interested in hearing what Morgan has to say firsthand? Watch his story below.

Do you know someone struggling with depression? Maybe Morgan's story is worth sharing.