A boy was told to give the nazi salute in class. When others followed suit, this girl spoke up. 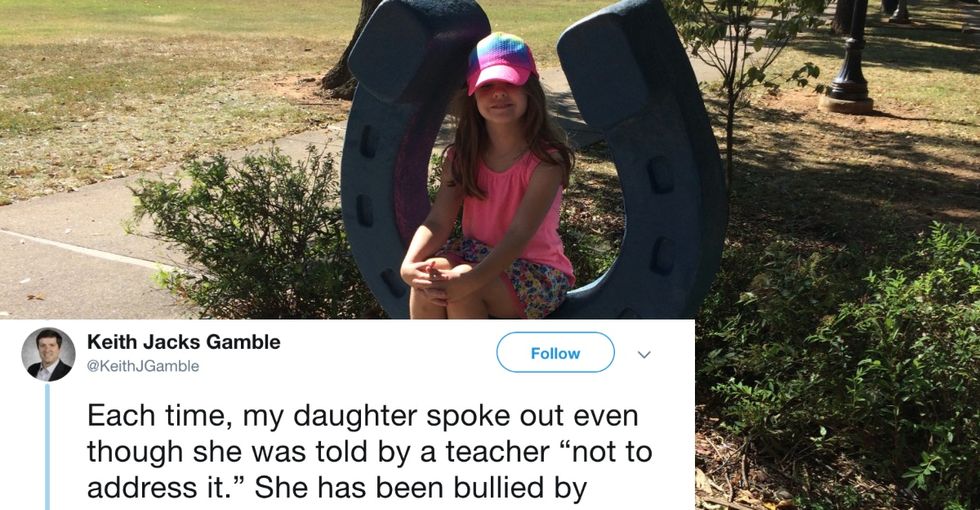 Last week, an 11-year-old girl was reprimanded and sent to the principal's office for telling several classmates to stop giving the nazi salute.

Yes, you read that right.

As part of an interactive fifth grade social studies class project at the McFadden School of Excellence in Murfreesboro, Tennessee, one student was assigned to portray Adolf Hitler, and according to Huffington Post, his teacher instructed him to give the Sieg Heil salute as part of his presentation.

The girl, whose father later shared the whole story, including back and forth between him and the school administration in a Twitter thread, noted that while she'd initially been given the opportunity to express why the situation upset her, afterwards she was told “not address it again.”

However, because fifth graders can be mean, several students who saw how upset the salute made the girl decided to perform it at her repeatedly.

Please comment with support for my 11-year-old daughter. She was removed from class and sent to the principal’s off… https://t.co/uRzrXolVQd
— Keith Jacks Gamble (@Keith Jacks Gamble) 1557847463.0

Keith Jack Gamble, the girl's father, noted that the saluting continued for weeks until some 10 to 20 students were doing it. This finally culminated in Gamble’s daughter shouting “stop it” and “put your hands down" at her classmates, which led to disciplinary action taken against her for being “disrespectful with her tone and body language to teachers.” She was then sent to the principal's office.

While the school claims teachers intervened at the few confirmed instances of harassment and the principal said he gave the entire fifth-grade class a talking to, the school is taking no responsibility for the inciting assignment.

“It was never intended to be offensive and the salute was definitely not encouraged to be performed by the other students,” the school's communications director told HuffPost.

What was intended is hardly the point though. Fifth grade-aged children are incredibly impressionable, and by teaching them to use hateful gestures like that you're opening up a dangerous can of worms. What's perhaps even more troubling though is that the assigning teacher didn't seem to consider that the assignment might be offensive to other students in class in the first place.

The school has since agreed to stop including the nazi salute in history presentations, but many believe the damage has already been done.

This is hardly the first time the nazi salute has appeared in schools in America.

Most recently, a group of High School students in Wisconsin performed it in a group photo as a gag, even though it was distressing to a few students.

Hateful actions, even if they're not necessarily intended to be, are sadly contagious and educators have a responsibility to quell them rather than put them in their curriculum. This is especially important during this highly politically-charged time in America when racism and bigotry have been elevated by a number of divisive groups.

This hate can end with our children as long as we protect them from it as much as we can.