Two guys want us to start seeing each other differently. Warning: partial nudity. 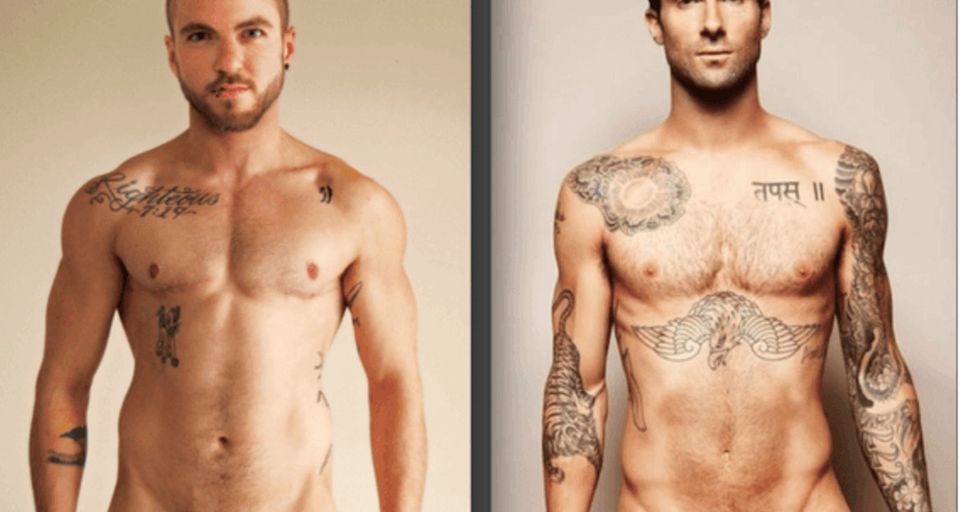 This is Jason and Aydian. They are great friends.

Aydian is married to a wonderful woman, and Jason is engaged. They both have really cool jobs (I'll get into that in a minute) and good friends. And in July, they'll be working together.

FTM is shorthand for transitioning from "female to male."

When Aydian needed money for his transition therapy, he created a stealth clothing company called Point 5cc. It highlighted transgender commonalities to create a sense of pride for the community. Jason got word of the company and featured Aydian on the April cover.

Both Jason and Aydian were assigned female at birth but have undergone transition therapy.

Before and during Jason's transition, he thought a lot about his body. He was insecure.

During his transition, something occurred to him. "I grew up embarrassed to be in locker rooms and public showers. And finally, during my transition, with just one hand, I could actually hide the fact that I was ever trans at all. Then I realized the idea of what I was hiding under my hands isn't what we should be concerned with. Only my fiancé and I should be concerned with that."

Jason posed mostly nude with his newfound concept of "self" in mind for a Planned Parenthood photo shoot. That made him think about other people going through the transition process, so he reached out to Jason.

Both Jason and Aydian wanted to be a tool for equality, so they took the photo shoot a step further — and respectfully mimicked an iconic photo of Adam Levine.

Sexiness is not about our body parts. It's not our identity.