17 powerful quotes from athletes representing Team USA at the Olympics.

Our country's greatest athletes have some major words of wisdom. 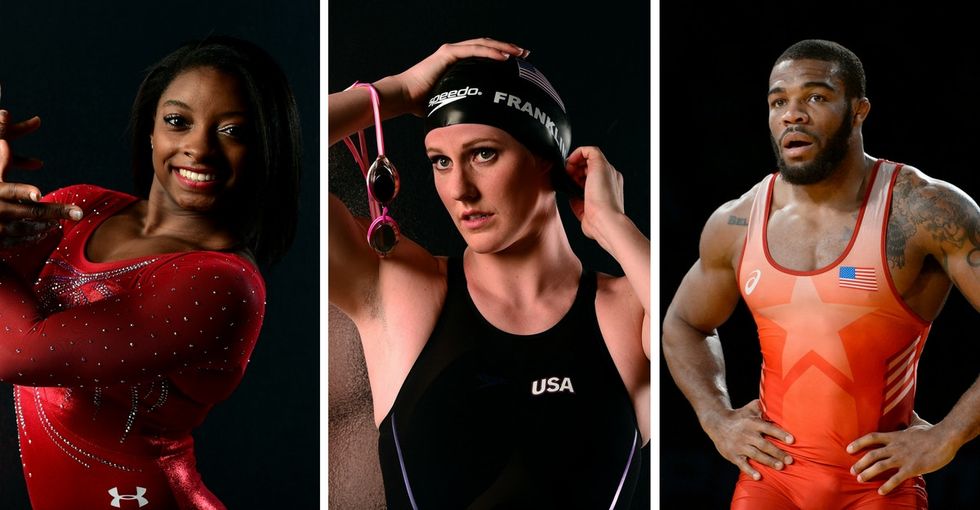 For 16 days in August, the world will unite in shared anticipation, joy, defeat, and amazement. Welcome to the Olympics.

Athletes from around the world will come together in the name of competition, pitting humanity's strongest, fastest, and most talented individuals against one another in the name of eternal glory. In other words, for those participating and those of us who will be glued to our TV sets over the next two weeks, it's a pretty big deal.

Athletics aside, the Olympics represent some of the best aspects of humanity and our shared interests.

The world is filled with conflict, war, and destruction. There's something special about gathering people spanning the globe in the name of something that manages to be competitive while also remaining peaceful. Whether we're cheering on an Olympic legend in his last hurrah or rooting for a refugee team of underdogs, we can enjoy a short period of time where the world feels less conflicted and more unifying.

Team USA itself is made up of individuals of varying races, religions, sexual orientations, and backgrounds. Each athlete has their own unique perspective to share with the world. The common themes throughout illustrate that unity can be a product of diversity.

Below, you'll find inspirational quotes from 17 athletes who will be representing the United States in the Rio Olympics.

The Olympics run from August 5 to 21. A full schedule of events can be found on the official Rio 2016 website.