Zayn Malik canceled a huge show. It was a very brave thing to do.

This is how you fight the stigma. 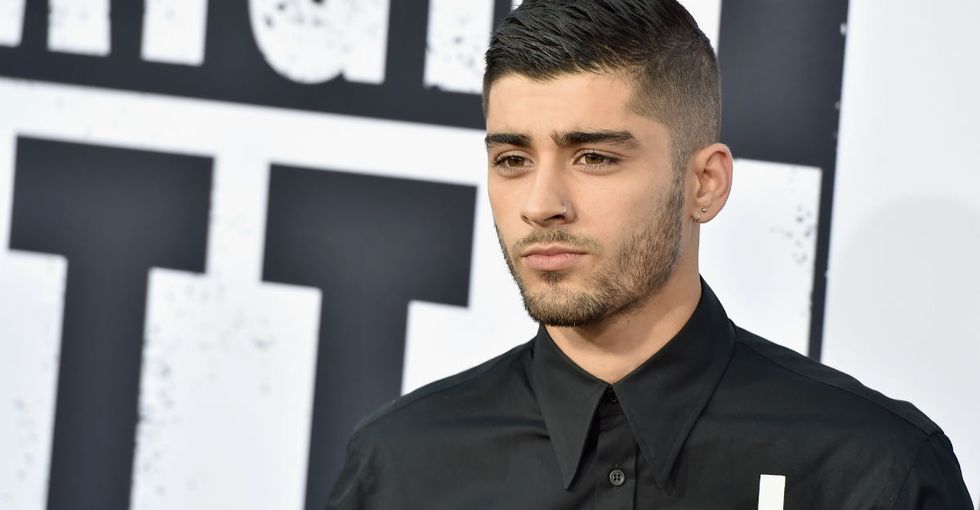 Zayn Malik had a big show lined up earlier this month.

The former One Direction heartthrob was supposed to take the stage at Summertime Ball in the U.K. on June 11, 2016. But it didn't happen.

It was a huge event (especially for teens who are into pop music). Artists Ariana Grande, Nick Jonas, and Will.i.am were among the many A-listers who performed.

Malik's mental health, however, had other plans for the pop star.

The day of the event, Malik — who's only had a small handful of performances promoting his new solo album out earlier this year — posted a candid note to fans on Twitter and Instagram announcing he had to cancel.

"My anxiety that has haunted me throughout the last few months around live performances has gotten the better of me," he wrote, noting he's living with the "worst anxiety of [his] career."

"I know those who suffer [from] anxiety will understand," his message concluded. "And I hope those who don't can empathize with my situation."

Malik is far from alone in the struggle with anxiety.

Nearly 1 in 5 Americans are living with some form of anxiety disorder, making it one of the most prevalent mental health conditions in the U.S., according to the National Institute of Mental Health.

So Malik's honesty could make a real difference to others in the same boat — especially men.

Research suggests men are less likely to seek treatment for their mental health issues than women. There are a few realities that help explain this, from the backward social expectation that boys and men shouldn't express their emotions to the more general stigma applied to those who live with mental health issues.

It's a big deal when famous male stars speak up about what they're going through.

When Wentworth Miller opened up about his chronic struggles with depression and battles with suicidal thoughts, it felt like the whole internet was on his side.

More recently, actor Dominic Purcell, Miller's co-star on "Prison Break" and "DC's Legends of Tomorrow," encouraged other men to "talk it out," "see a shrink," and "be brave." Because those things worked for him.

And Dwayne "The Rock" Johnson certainly deserves a thumbs-up for addressing his history of depression and reiterating to anyone going through tough times that "you're not alone."

It doesn't matter if you're a pop star, famous actor, or larger-than-life wrestler. Opening up about your mental health isn't a sign of weakness.

It's the bravest thing you can do.