Wonder how much debt a college puts its students in? This tool makes the investigation a breeze.

ProPublica made it easier for students to dig deep into their school's student loan problem. 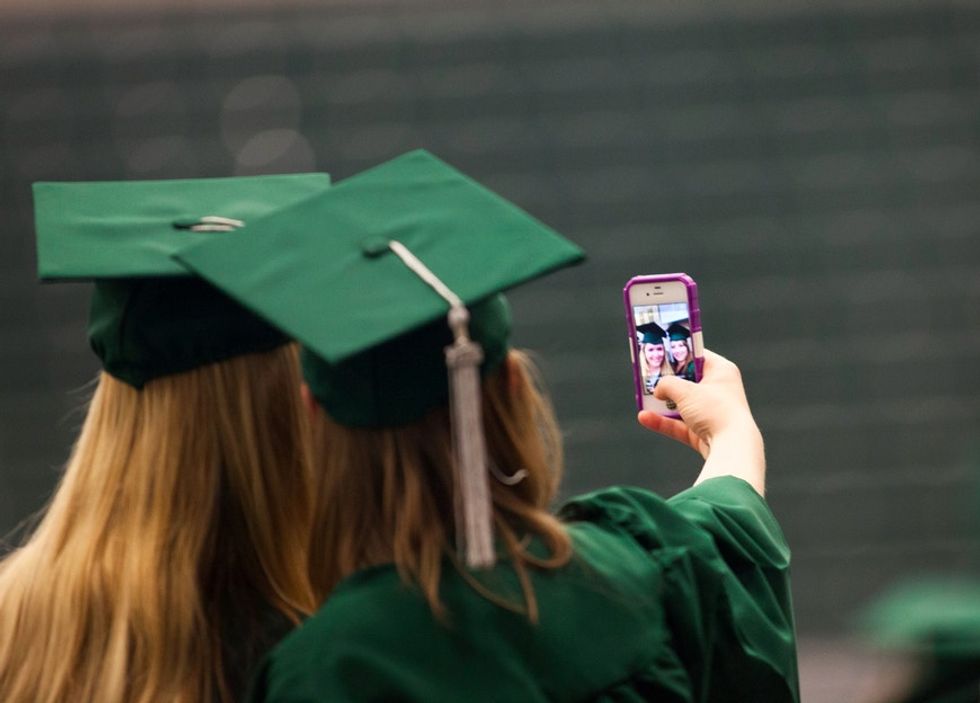 If you're like me, you're drowning in student loan debt.

One of the worst things about debt is that it can make us feel like we're all alone.

When that repayment bill comes every month. GIF via Televisa.

Well, all alone with a mound of envelopes from Sallie Mae.

But we're not alone. Student debt is a problem for so many of us. A $1.2 trillion problem to be exact.

It's tripled over the past decade to hit that number, and more than 1 in 4 former students in the United States are struggling to make their payments.

Now, thanks to an awesome new tool from ProPublica, you can see how your debt stacks up.

In September, the U.S. government released a huge amount of data on federal debt at American colleges and universities. To make it a little easier to navigate, ProPublica made an interactive database that you can search through to satisfy your morbid curiosity:

See how far into debt other folks are who went to the same school as you! Check out what the average debt for students is at other colleges! (Hey, it might make that rejection letter from your dream school not seem that bad after all.)

OK, but beyond morbid curiosity, this tool can be incredibly helpful:

If you're a prospective student looking at colleges, you can now research which schools are more likely to leave you in debt.

The tool also comes with an easy-to-follow guide to help you live your dreams of being a student-debt Sherlock. It helps you read between the lines to figure out how many low-income students attend schools and how much debt they leave with. You can also check if graduates are making more money than the average high school graduate in the area.

All from your computer! Photo by Christian Reimer/Flickr.

But investigating student debt at institutions is helping us get a clearer picture of how they are (or aren't) setting students up for a successful future.

Already, the data has been used to find that some schools with huge endowments and that Catholic universities are leaving their poorest students with the most debt.

The data from the government doesn't paint the whole picture because private debt is a huge problem, too. But this tool is making it possible to see some important trends that weren't easily recognizable before. And that's awesome.

Because knowledge is power. Whether it's earning that degree or, you know, figuring out how much money you'd spend getting that degree.